What were the major themes of your business in 2014? 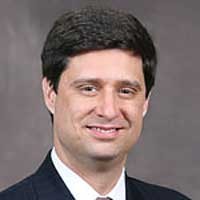 The major themes for 2014 were a rebound in growth as Washington calmed down and deleveraging largely ran its course, low inflation due to global factors and excess capacity, and a Fed on hold throughout the year, gradually winding down its asset purchases.

What are your expectations for 2015?

The expectations for 2015 are sequentially better growth (3.3% year over year real GDP growth) as the drop in energy prices and further normalization of credit conditions support spending, still low inflation as global disinflationary forces offset modest upward pressure as the labor market tightens, and a patient and gradual approach to Fed tightening that likely will see a slow rate hiking cycle begin in the second half of 2015.