Russell Stern is CEO of Solarflare, a provider of server networking hardware and software technology

What were the major themes of your business in 2014?
We saw a big uptake in our product throughout the year with its ability to do global clock synchronization, and capture time stamping for every packet, right off the wire. That’s led to increasing ability to forensically look back at the market and figure out exactly what happened in a particular trade, as well as the ability to replay the market so you can capture all of that data and play it back with high fidelity to figure out what happened to systems, algorithm, and trades. 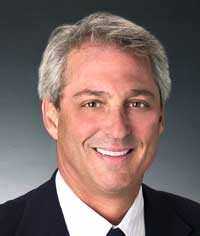 The ability to have this kind of visibility in trading systems was previously a very expensive proposition. It’s something that more organizations would have liked to do, but at the time it was very difficult and/or impractical. We made it easier to use so that it could actually be integrated right into their trading environments without adding another piece of instrumentation into that environment.

What are your expectations for 2015?
Earlier this month, we launched Capture Solar System, a turnkey software platform that provides distributed, real-time data recording, retention and query for cyber threat management, regulatory compliance and business analytics. We see a massive buildup of firms in 2015 that require the ability to instrument that environment, forensically go back, figure out what happened to the market or where the risk is at any given moment, as well as the ability to do intrusion detection with that captured data.