2019 Will be a Big Year for Stablecoins – Redux

Philippe Bekhazi,  is the CEO of cryptocurrency-trading firm XBTO Group.

When I penned an article for Coindesk in December of last year, I made some (at the time) bold predictions about why 2019 would be a trailblazing year for stablecoins. In hindsight, my calls were not lofty enough as the velocity of change and development in this dynamic industry continues to astound even crypto ‘veterans’ such as myself.

Consider that within just 6 months, the crypto winter has transformed into a bull market, and as we head into summer Bitcoin is trading north of $12,000, a rise of approximately 216% year-to-date, making it the best performing asset class of 2019. 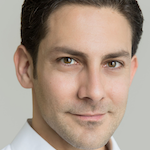 However, my call on the breakout year for stablecoins was not and is not predicated on the price movement of cryptocurrencies. It is due to the growing need for a stable, collateralized asset token sitting on a secure blockchain, used to hedge against crypto volatility and act as a more optimal mechanism to move value around in stable terms.

Perhaps the biggest development in this sphere this year is Facebook’s Libra project, a significant undertaking and consortium that aims to create a stablecoin payment mechanism to be used across some of the world’s largest retailers and technology vendors.

While it is early days and this gargantuan project faces challenges and regulatory scrutiny, its sheer scale and buy-in from household brands marks a milestone and validates our thesis that demand for stablecoins as an efficient means of global, cross-border payments and e-commerce will only grow. While it is hard to handicap exactly where and when Facebook’s Libra project nets out, the fact that it is bringing Congress and Central Banks to the table shows the pull that digital currencies have in a new world order.

From a deeper dive operational perspective, here are some practical questions that need to be addressed about Libra’s efficacy and implementation:

Casting Libra aside, our call moving into 2019 was that we would see an emergence of new stablecoins and blockchains and with that more endpoints and a growing and more diverse network. Our belief in this growing ecosystem has led us to create a mechanism to serve as a liquidity nexus giving stablecoin issuers, holders and exchanges certainty over access and liquidity. This is designed to result in less slippage when users are moving between the more than 400 stablecoins in existence today or as a half-way house before converting fiat back intro crypto, or vice versa.

Through this vision, Stablehouse was created  (and is currently being beta tested for launch) to establish a clearinghouse that allows for the immediate quasi-fungibility between stablecoins to necessitate a frictionless mode of interchange among these coins  This clearinghouse could be similar to a check-clearing process between banks but at a far more efficient pace. The rapid pace of new offerings and FOMO of other FAANG stocks to mirror the Facebook model is rubber stamping and cementing our vision.

Another rapid-fire and critical development not to be overlooked is on the technological front, with new blockchain platforms emerging. Blockchains are complicated beasts, not only in their technological inner workings but in their economic models used to secure the blockchain and incentivize decentralization. At the end of the rainbow, a blockchain is useless if it is subject to any kind of attack that would compromise, in any way, the data that it stores. The immutability of the ledger is paramount and the censorship-resistance of that construct is critical too.

While it is clearly a futile exercise to make hard predictions in such a real-time industry, what is crystal clear is that 2019 will be seen as a banner year in the development, utility, and acceptance of stablecoins — with a ripple effect seen across the crypto, banking and payment sectors that are becoming more intertwined by the day.