History never repeats itself, but it rhymes. However, the upcoming access-fee pilot could result in a poor rhyme scheme for investors, according to Justin Schack, a managing director and partner at Rosenblatt Securities.

There are always unintended consequences to any significant regulatory actions, he noted during a recent episode of the Inside The ICE House podcast. 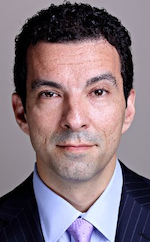 “So far in 20 years of [market] evolution, we have had unintended consequences, but the investors have done well,” he said. “I worry that if we start a whole other cycle of evolution that investors might not do well.”

Schack doubted that the smartest people in the US Securities and Exchange Commission, Congress, or the industry would be able to predict all of the consequences resulting from the Transaction Fee Pilot for NMS Stocks or any market-data distribution reform, but some are not that difficult to imagine.

By the SEC proposing its two-year Transaction Fee Pilot for NMS Stocks that would cap the liquidity lifting fee to 10 cents per 100 shares for one test bucket while prohibiting rebates for another bucket of stocks, it could cause the migration of displayed liquidity in the rebate-less stock bucket on exchange to move to off-exchange alternative trading systems or single-dealer platforms.

“There are a lot of big market-making firms that look at the rebate as part of the bid-ask spread or insurance against being adversely affected and having toxic order flow come in and run over them,” said Schack.

The immediate effect would be the introduction of the “Best Buy Problem,” where buyers come to the showroom, look at the price, but buy it elsewhere, he added.

Meanwhile, the ATS and single-dealer platform operators maintain their lighter level of regulation as well their abilities to segment their order flow.

Many of the largest sell-side firms and market-making firms have pushed for transaction-fee reform citing the trinity of exchange operators- NYSE, Nasdaq, and Cboe Global Markets- have too much power to determine the pricing of the data and services needed by broker-dealers and market makers to operate.

Schack also noted that Wall Street created the current complex market structure by funding exchange competitors and demutualizing the exchange, which eliminated the commonality of interest between the exchanges and their members.

“It wasn’t the exchanges’ idea to demutualize,” said Schack. “I think Dick Grasso would have been very comfortable to continue to have the system that was created in the 1790s where the NYSE members founded the NYSE. And for centuries after that, it was run by and for the members as essentially a non-profit to maximize the members’ profits.”