In the highly complex and ever-evolving financial services industry, there is a fundamental problem: a lack of market transparency. In response to this issue, two industry veterans have collaborated to start KOR Group, an advocacy and consulting firm dedicated to increasing transparency in financial services.

KOR Group’s offerings, which include data-backed research and reporting, consulting, lobbying and market education workshops, clients are given the resources and expert guidance to navigate regulatory and compliance issues, are intended to help market participants gain a better understanding of market developments.

“We’re pulling together massive amounts of data that we’re going to make available to users in the industry,” said Kor Group CEO Chris Nagy. “We’re also spending considerable time with SRO filings. We built a database for that.” 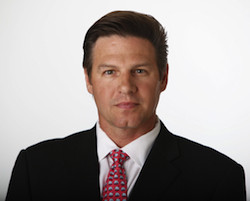 Nagy spent 12 years at TD Ameritrade, where he was the managing director of order routing, sales strategy and market-data strategy and co-headed the company’s government relations efforts.

“When Chris and I came together, we had such a strong agreement on so many of these pressing market structure issues, coming at it from such a different background and such different perspectives,” Lauer said. “It was a natural fit in that regard.”

Exchange pricing, in particular maker-taker pricing, is one of the market structure issues that regulators need to address.

“The maker-taker pricing scheme creates a fundamental conflict of interest that works against the investor and puts exchanges between a rock and a hard place, requiring regulatory intervention,” said Lauer.

With maker-taker in play, any exchange that does not offer significant rebates does not attract resting orders (i.e., liquidity), according to Lauer. Therefore, when someone comes along who wants to trade, they are forced to pay higher taker fees because most of the orders are resting on venues with the highest rebates.

This structure is not dissimilar to something called Payment for Order Flow (PFOF), in which a wholesaler (such as Knight Getco or Citadel) will pay a retail broker for its order flow and then either internalize that flow or send it along to the broader market.

“In the case of PFOF, it is very profitable for the wholesalers to buy retail order flow and lucrative for brokers to sell this flow – so much so that it is generally referred to as “uninformed” or even “juicy” order flow,” said Lauer. “However, the PFOF model does a disservice to the market at large, as removing this order flow can theoretically inhibit price discovery, discouraging market makers from posting orders if they know that the only orders that make it to the exchange are the so-called “toxic” or “professional” flow.”

Lauer added, “Internalizers and wholesalers are free-riding the public quote, and in essence “queue jumping” orders on lit exchanges that may have price-time priority from an absolute perspective.”

Intervention should be in the form of a pilot study – as advocated by Royal Bank of Canada (RBC) and others – that eliminates rebates in a set of symbols, and requires the trade-at rule in those names, as Canada and Australia do.”

This rule simply states that in order to execute a trade of less than 5,000 shares off-exchange (in a dark pool or internalization system), there must be significant price improvement (at least a tick, or half a tick if the spread is a tick wide).