Plain-vanilla, long-only funds aren’t the sexiest investment vehicles, but expanding by more than fivefold over the past half-decade warrants taking notice.

Aston Asset Management, whose 23 sub-advised, co-branded funds comprise mostly equities with a smattering of alternative products, oversees $14.7 billion, up from $2.8 billion in 2008. The Chicago-based firm deploys a simple, efficient model that gets the most out of its admittedly “long in the tooth” independent managers.

Just a handful of U.S. fund firms use a sub-advisory model exclusively; the vast majority manage all or part in-house, according to Stuart Bilton, Aston’s founder and chief executive.

“We like to hire the best money managers in each category rather than owning them,” Bilton said. “Most funds do it the other way around.” 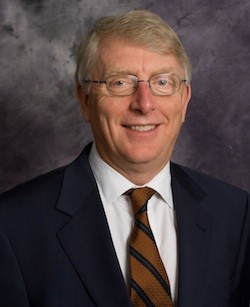 Bilton is no greenhorn. “It took me 30 years to figure out what made sense – the way to run a fund business to get best-of-breed managers working for your clients,” Bilton said. “Experience means everything.”

His professional background of running an institutional investment firm honed his approach to due diligence. Investors are attracted to the depth of knowledge and perspective of Aston managers, many of whom have been investing for decades.

“In the past 10 years, the rise of the due-diligence team has caused a massive shift in the industry,” Bilton told Markets Media. Institutional-quality products and experienced managers who have run money through a range of market cycles are in demand; it is no longer about entertainment and commissions, Bilton stated.

Aston has three alternative funds, aimed at the growing demand for returns that are less correlated with the broader market.

The Aston/Lake Partners Lasso Alternatives fund launched in 2009 and has since expanded to $430 million. Managed by Rick and Ron Lake of Stamford, Connecticut, Bilton said the fund focuses on liquid alternative investments, and its fee structure is more reasonable than comparable hedge funds.

Another alternative fund is the $100 million, 18-month-old Aston/River Road Long-Short Fund, which seeks to minimize or avoid losses through market downturns.

Bilton said he may talk to 50 prospective sub advisors per year. “Our book is light in international and global funds, so we are interested in international firms with that expertise as well as additions to the alternatives lineup,” he said.

Managing capacity is crucial in the fund business. Three Aston funds are ‘soft-closed’, only open to funds from existing investors, and Aston is cautious in limiting assets to a level that the manager can run successfully.

Aston has its roots in the Chicago Trust Funds, which was owned by Alleghany Corp. (misspelled on the original application to the New York Stock Exchange in the 1920s, and never changed) with the one-letter NYSE ticker “Y”.

Bilton got involved in asset management in the early 1970s after an undergraduate degree at the London School of Economics and graduate school in Madison, Wisconsin. By 1993 he was president of Alleghany Asset Management, which managed $45 billion. In 2001, Alleghany was sold for more than $1 billion to ABN Amro, and Bilton stayed as chief executive of ABN Amro Asset Management.

The business did not flourish under bank ownership, and in 2006 Bilton and a group of partners including Highbury Financial were able to acquire a small fund part of the business — “for a small price” — and named it Aston.

“When European banks buy U.S. money-management firms, it usually does not go that well,” Bilton said. “They buy when prices are high, and large bureaucracies don’t work well in the fund business.”

The Aston name is derived from English football club Aston Villa, said Bilton, himself a British expat who played soccer at the University of Wisconsin.

With regard to its Chicago headquarters, Bilton said Chicago has many advantages for an asset management entity, including a central location, an educated and flexible workforce, and a pleasant overall city. Still, Illinois’ fiscal issues and tax implications are worrisome, and Bilton acknowledged that Chicago isn’t the hub of world finance that New York and London are.