Sign up to receive exclusive articles on topics including: Select one or more newsletters you would like to receive:
Close popup
Home
By Rob Daly Editor-at-Large
Banks

‘AT Person’ Definition Under Review

A lively discussion of who would meet Regulation Automated Trading’s definition of an AT Person led the conversation between the U.S. Commodity Futures Trading Commission and its Technology Advisory Committee, which met Tuesday.

Since the Commission introduced the concept with its proposed Regulation AT that would mitigate the additional market risk brought on by algorithmic trading, the relatively vague definition has caused some consternation within the derivatives industry.

If a firm is determined to be an AT Person, the firm would incur the additional cost of having to register with the CFTC, implement additional risk controls for their algorithmic trading order flow, and become a member of a registered futures association.

However, some Technology Advisory Committee members view the creation of this new regulatory entity as redundant, given the Commission’s current authority. 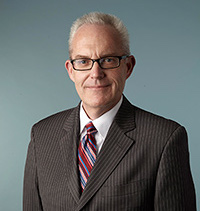 “Section 4c(a)(6) of the Commodity Exchange Act specifically gives the Commission the authority to promulgate such rules and regulation as in its judgment are reasonable necessary to prohibit the trading practice described in paragraph 5,” said Gary DeWaal, a special counsel at Kitten Muchin Rosenman. “That’s the anti-spoofing and any other trading practice that is disruptive to fair and equitable trading. So this actually gives the Commission broader authority than just under the provision.”

Fellow committee member Bryan Durkin, chief commercial officer at the CME Group, also questions the necessity of having AT Persons registering with the CFTC.

“Today, the CME requires large-trader reporting,” Durkin said. “Many of those people that report on a day-to-day basis are not registered in any capacity, but they’re required to submit information and so the CFTC certainly has the authority over those folks.”

The CME also requires that those participants that use automated trading systems represent them to the exchange, he added. “We have a very specific way of identifying through our tagging system who is utilizing those systems.”

Instead of requiring firms to register with the CFTC, the regulator should enforce any new risk-control requirement directly or indirectly through exchanges, suggested Richard Gorelick, CEO of RGM Advisors. “I believe and I’ve been told that there’s not a requirement that a firm be registered with the CFTC to comply with CFTC rules,” he said.