Some asset managers are finding the silver lining in the U.S. Securities and Exchange Commission’s N-PORT and N-CEN reporting regimes, according to industry insiders. 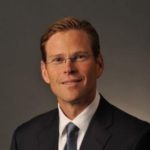 He estimated that 80% of the data is the same for most filings.

“There are tweaks here and there,” Moyer added. “You might need a specific data for different filings, but this commonality is changing how firms look at things.”

There is no reason why the data on a firm’s fact sheets should be different from its annual statement or regulatory filings even if the data comes from disparate systems, he noted.

However, leveraging the same data for regulatory or client reporting is not a situation where the buy-side firms can use its old strategy of throwing bodies at a problem.

The amount of data that firms are accumulating internally and from third-party providers is more than asset managers have collected in the past, according to Moyer.

“We are talking about often more than 40 data sources to make up one SEC N-Port filing,” he said.

The shortened monthly reporting cycles also make it difficult for back-office operations, which typically are geared for quarterly reporting, to support the reporting processes manually.

Besides the drive towards greater automation, firms have re-focused their perspective on the data first and then the eventual output of the process, according to Moyer. “It is not only spoken about in back-office requests-for-proposals more frequently, but it is being required,” he added.

The data-first approach allows for back-office flexibility, especially when there are major and minor changes to reporting requirements. “There are always changes,” noted Moyer.

Between when the Irish Central Bank announced similar regulatory reporting requirements and when they went live six months later, it changed those requirements 120 times, according to Moyer.