Regulatory actions intended to avert the next financial crisis are forcing banks into a wait-and-see mode with regard to risk taking.

Earlier this month, the Federal Reserve Board, the Federal Deposit Insurance Corporation, and the Office of the Comptroller of the Currency finalized a rule to strengthen the liquidity positions of large financial institutions.

Each institution will be required to hold high-quality, liquid assets such as central bank reserves and government and corporate debt that can be converted easily and quickly into cash in an amount equal to or greater than its projected cash outflows minus its projected cash inflows during a 30-day stress period. 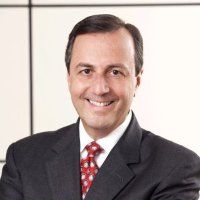 The central bank had previously finalized the Volcker rule to implement section 619 of the Dodd-Frank Act and prohibit banking organizations from engaging in short-term proprietary trading of certain securities and derivatives.

“Both the Volcker Rule and Basel are having an impact on dealer’s taking risk,” Chris Ferreri, managing director at interdealer broker Icap, told Markets Media. “The Federal Reserve has once again issued capital requirements telling banks they had to hold treasuries for additional capital. We’re still very much in a risk-averse mode, both from a legislative perspective and a regulatory perspective and the banks are just adapting to it.”

The ratio of the firm’s liquid assets to its projected net cash outflow is its “liquidity coverage ratio,” or LCR.

“As the financial crisis demonstrated, most of our largest and most systemically important financial institutions used excessive amounts of short-term wholesale funds and did not hold a sufficient amount of high-quality liquid assets to independently withstand the stressed market environment,” Fed chair Janet Yellen said in a statement.

Icap and other members of the Wholesale Markets Brokers’ Association, Americas, have noted a bifurcation in OTC swaps trading between Europe and the United States, as European counterparties have continued to pull away from U.S. dealers in order to avoid having to transact on swap execution facilities (SEFs).

Bloomberg and Tradeweb have carved out niches in the dealer-to-consumer segment, while the IDBs are focusing on their core dealer-to-dealer segment.

“Clearly, the analysis shows that the markets are fragmented between Europe and US, so you’re seeing a shift in trading activity,” Ferreri said.

The International Swaps and Derivatives Association can play the role of an international negotiator/advocate for multiple countries implementing multiple regulatory regimes, he added.

“Governments often vie for business with tax policy, and I think the US government is likely vying for businesses with regulatory policy right now,” Ferreri said. “It’s part of the challenge we all have internationally. The markets are interconnected. Banking is a global business with regional regulatory regimes. I think that’s also part of the landscape that’s getting sorted out right now.”

Icap is actively promoting the use of its order book for its SEF. Last month a record 40 percent of its USD IRS volume was on its electronic order book i-Swap. “The inter-dealer market in general was a model for SEFs,” said Ferreri. “We’re very committed to the business model of being the intermediary.”