The hedge-fund model of investing, characterized by lock-up periods and an over-reliance on alternative investments, is out of step with the current economic environment, according to a veteran portfolio manager.

“Hedge funds have managed to make it more difficult to generate the value that they originally intended to generate,” Hayes Miller, head of asset allocation for Baring Asset Management in North America, told Markets Media. “The idea of paying those kinds of fees for that kind of return has been more or less irrevocably altered.”

Barings is a global asset manager with approximately $60.5 billion in assets under management, of which nearly $26 billion is in its multi-asset strategy investing across global equities, bonds and currencies.

“We think that a flat 65 basis points, which is our fee structure, is all you should have to pay for something that’s trying to provide you with equity-like returns,” said Miller.

The endowment model is too dependent on alternatives, particularly illiquid alternatives, according to Miller. “We’re not in the world that David Swensen started in,” he said, referring to Yale University’s long-time chief investment officer.

The incentive structured for hedge funds, particularly the fixed part of the fee, has provided an income stream to hedge funds that have allowed them to build up an arsenal of talent that has in many ways ‘arbitrized’ out the value that was there when hedge funds started to generate alpha, said Miller. 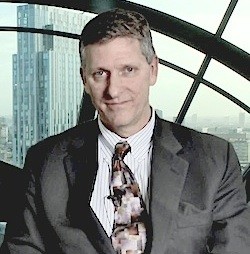 “They’re killing the goose that laid the golden eggs because now there’s 6,000 analysts working for hedge funds,” he said. “There’s 4,200 working for the long-only and there’s about 1,300 working on the sell side.”

“The idea is to create a long-only, unlevered product that can generate equity-like returns, but with less than 70% of the volatility of equities,” Miller said. “In one sense, it’s absolute in that we’re trying to outperform CPI plus four percent. In another sense, when you use the words absolute return, people think hedge funds and they think that you have to be levered and you have to be able to short and to create alpha from long-short situations. I just want to make clear that it’s a long-only product.”

Since 2000, Miller has been a member of Barings’ Strategic Policy Group, which meets monthly to set policy for global mandates.

“The decisions of SPG directly influences what’s happening across all of the investment strategies,” said Michael Siciliano, head of sales and business development at Barings North America. “However, most of the alpha for actively-managed products comes from a fundamental bottom-up process.”

Miller joined Barings in 1994 as a portfolio manager with responsibility for global equities, where he developed the country and sector screening models used by the firm.

“We’d formed a quantitative group, and I worked with the CIO to develop screens for countries and sectors,” he said. “At the time in the late 90s we were all worried that the introduction of the Euro was going to mean that there was no longer 17 investment choices. We came to the conclusion that geography and sectors were going to be about equivalent in terms of importance.”

Between 2000 and 2010, Miller worked on Barings’ active-passive strategy, an equity-only strategy. In 2010, he moved to head up the multi-asset strategy for North America, and hired Matthew Whitbread from Boston-based Fundquest as co-manager.

“My particular experience, particularly at Barings, has been about top-down equity investing, country work, currency work, sector work and risk,” he said. “We, as a firm, evolved into much more of a multi-asset type boutique, so I’ve taken on the role of running an absolute return type of product that has equities, bonds, commodities and so forth.”