BNP Paribas Securities Services said the introduction of delivery versus payment in Bond Connect will lead to an increase in interest from overseas investors in the Chinese bond market, as the French bank experienced an uptick which it launched the same settlement feature in Stock Connect.

The People’s Bank of China and the Hong Kong Monetary Authority launched Bond Connect in July last year to allow overseas investors to easily access the Chinese onshore bond market. International firms can can trade through the Hong Kong Stock Exchange, rather than requiring an approved quota.

Bond Connect said in a statement that it had upgraded its settlement system to fully implement real-time delivery versus payment on August 24. Payment for bonds traded will now be due at the time of delivery which cuts settlement risk.

“This is a milestone achieved to enhance the settlement services of Bond Connect in an efficient and secure manner,” said Bond Connect. “In many jurisdictions, the availability of delivery versus payment is a regulatory prerequisite for investors to participate in financial markets.”

BNP Paribas Securities Services said in a blog that the introduction of delivery versus payment in Bond Connect marks an opportunity for overseas investors to participate more deeply in China’s $12 (€10.3) trillion bond market, the second largest in the world.

“There is a precedent here: when BNP Paribas introduced in November 2014 a delivery versus payment solution to the Stock Connect programme (18 months ahead of the market’s DVP solution) we experienced an uptick in overseas interest and therefore anticipate a similar scenario for Bond Connect,” added the French bank.

The People’s Bank of China and the Hong Kong Monetary Authority launched a Stock Connect scheme which began by linking the Shanghai and Hong Kong stock exchanges, again to allow international investors to trade shares without applying for a quota.

The blog continued that some foreign investors have stayed away from Bond Connect due to the lack of delivery versus payment. International regulators have also expressed concerns and Ireland had refused to allow local funds to invest in the scheme.

One week after introducing delivery versus payment Bond Connect launched block trade allocations, which allows asset managers to execute a single block trade and allocate specific percentages of the trade to up to 30 individual accounts.

“Foreign institutional investors will also be exempt from paying corporate income tax and value-added tax on interest gains from their investments in the onshore bond market for three years,” added BNP Paribas Securities Services. “Both moves are welcome improvements to the Bond Connect scheme, as foreign investors have long called for permission for block trading as well as greater clarity on tax payments.”

Last week Tradeweb Markets, the electronic venue for trading fixed income, derivatives and exchange-traded funds, said in a statement that it could now facilitate allocation of block orders in Chinese yuan bonds due to the launch of the two new settlement features in Bond Connect. 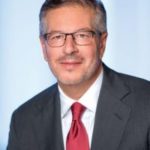 Lee Olesky, chief executive of Tradeweb Markets, said in a statement: “The launch of block trading via pre-allocation is a significant development for the Tradeweb Bond Connect initiative and another step towards our goal to connect China’s financial market with the rest of the world.”

Tradeweb continued that at the end of last month, the number of approved overseas institutional investors on Bond Connect rose to 247, up 46% since the start of this year. Average daily volume over the past three months was RMB 5bn ($730m).

.James O’Sullivan, head of securities services, Hong Kong, at Standard Chartered said in a statement: “As the investors are gearing up for global index inclusion of Chinese bonds next year, we have already seen a surge in Bond Connect applications in the recent months.”

Delivery versus payment and block trade allocations were required for the inclusion of Chinese onshore bonds in the Bloomberg Barclays Global Aggregate Index, which is expected to begin in April 2019.

BNP Paribas Securities Services estimated that inclusion will lead to China’s bonds representing 5.49% of the index, which could increase flows from international investors by as much as $350bn. The bank continued that at the end of June 2018, foreign holdings of Chinese onshore bonds had reached RMB 1.55 trillion ($227bn), up 83% from a year ago.

The bank concluded: “China will continue to consider a cautious, measured approach that prioritises domestic market stability alongside investors’ needs. As such we expect future enhancements to include a range of hedging solutions offered by Bond Connect and allowing foreign exchange derivatives such as onshore currency repos.”

The International Capital Market Association said in a recent report that international investors feel that the longer-term opening of the Chinese market will provide interesting opportunities, especially once the country is included in global bond indices. However there are short-term concerns including the difficulty of sourcing information for evaluating underlying credits, the lack of market depth and liquidity, as well as stretched valuations.

“Interviewees suggest that international real money investment flows remain important, and that these mainly come from global emerging market funds,” said ICMA. “Furthermore, these funds, which traditionally based their execution desks in New York or London, are increasingly opening offices in the region, partly to be in the same time zone, but mainly to be closer to the market.”