Rising bond yields do not portend a bubble in the fixed income markets, according to ING Investment Management.

“U.S. Treasuries and other market have overpriced the risk of Fed withdrawal of accommodation,” said Christine Hurtsellers, chief investment officer, fixed income at ING Investment Management, at a press briefing on Tuesday. 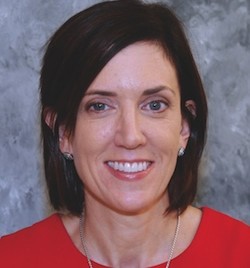 “The possibility of tapering in 2013 is real, but the repricing has been quite large,” Hurtsellers said, citing as evidence the facts that inflation pressures are nonexistent, with headline and core inflation declining along with expectations, and that although labor market improvement has been notable, tremendous slack remains in the economy.

Europe is a different story, as progress on banking union and other structural changes remain stubbornly slow.
“The European Central Bank has reduced—but not eliminated—the risk of a financial accident stemming from the debt crisis, so that financial stress indicators have fallen and remain low,” said Paul Zemsky, chief investment officer, multiasset strategies and solutions at ING Investment Management.

Recently, European policy has moved toward some relaxation of fiscal austerity and greater monetary accommodation. The ECB reduced its main short-term interest rate, is examining a negative deposit rate and considering measures to stimulate an asset-backed securities market to spur credit to businesses.

“While we remain optimistic that a financial accident will remain unlikely, we are concerned that economic weakness will remain acute for years, provoking political risks and keeping Europe crisis-prone,” Zemsky said.

Japan’s new government under Shinzo Abe has launched a highly aggressive set of policy moves aimed at ending deflation and rekindling growth. These include large-scale Bank of Japan asset purchases aimed at bringing the inflation rate to 2.0%, fiscal stimulus, and a “third arrow” of microeconomic and political reforms aimed at raising GDP growth.

“Success of Japan’s third arrow—structural reforms—will determine whether they are additive to global growth,” said Hurtsellers. “The BOJ will remain committed to the quantitative easing program.”

Indeed, the Bank of Japan on Tuesday reiterated its support for quantitative easing, but also noted that the economy “has been picking up,” which sent U.S. stocks tumbling and created fears that the U.S. Federal Reserve might be planning an exit from QE3.

These concerns appear to be unfounded, however.

“The FOMC is likely to continue its current asset purchase program until mid-2014, although it may reduce it starting early next year,” Zemsky said. “We believe the risk is toward an extended or expanded program rather than toward an early end.”

Janet Yellen, who is a likely successor to Fed chairman Ben Bernanke when his term expires next year, is viewed as being even more dovish than Benanke, and she, along with Bernanke, and William Dudley, represent the “New Keynesian” core of the FOMC, believing that purchases can help reduce unemployment, said Zemsky.

As for high-yield bonds, demand continues to outstrip supply, and while credit quality has ceased improving, its hasn’t deterred materially, supporting the thesis that the next turn in the credit cycle is still well down the road.

“High-yield credit quality is at least as good as 2007, likely better, while spreads are much wider and interest rate sensitivity may be less,” said Hurtsellers.