Fixed-income market participants are being provided with the means to trade electronically via anonymous, central limit order books, according to George O’Krepkie, president of MTS Bonds.com.

“We created a fully functioning API that connects to all the venues that matter, and it’s done very quickly,” said O’Krepkie, who will speak at Markets Media’s Global Markets Summit New York on Nov. 20. “That API is kind of like moving the plumbing inside; customers don’t have to go outside anymore or go to another system. They could sit on their EMS and rest an order in our limit order book.” 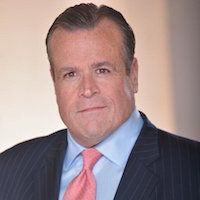 O’Krepkie, who was a bond salesman prior to helping to launch MarketAxess and later Bonds.com, likes to joke that the last great invention in the fixed income market was the telephone over 100 years ago, and that the RFQ is just an enhanced phone call.

“It’s a great tool and by no means are we here to replace the RFQ,” he said. “As you move down the chain, how do you create a limit order book? The client says to you, listen I would love to do that, but I use a certain OMS system. How do I interact with your market place?” In most instances, we can tell the client that we are already integrated with their OMS provider. We have made it easy for them.”

The acquisition is intended to bolster the footprint of LSEG’s MTS franchise in the United States, while simultaneously establishing a foothold for MTS Bonds.com in Europe, according to Mark Monahan, CEO of MTS Markets International.

“In creating the the fixed income business plan for London Stock Exchange Group in America, we quickly realized that, in the electronic brokerage space, much of the juice was in the corporate bond area,” Monahan told Markets Media. “It was an area that the vast minority was traded electronically, and everyone was under the impression that at some stage more and more would go that route. We were very interested in that.”

Added O’Krepkie, “To get to the next level and really provide value and create a solution for the general marketplace on a global level, we really needed to find ourselves in better, bigger hands. The reality is that no firm made more sense to partner with than MTS, because they could help us with building even better and more robust technology for our customers. MTS provided a global footprint for us to actually solve what we really think in credit is a global market problem.”

The all-to-all, central limit order book model is in the spirit of MiFID II, which is about fairness and transparency, according to O’Krepkie. “I think we already comply with where MiFID wants to go,” he said. “I think we have a huge advantage and that’s one of the reasons why Mark and the MTS team from London looked at us as a franchise acquisition in the U.S. Together, we can port that over, shore it up and port it back to Europe.”

Although the Bond.com ATS is registered in the United States, MTS has gotten approval for U.K.-based firms that are FSA- registered to use the platform. “Once we’ve move forward in the UK, we’ll eventually expand US Credit into the other European countries as well,” said Monahan.