Efforts to bring greater transparency to the fixed income markets have given impetus to continuous pricing of securities, which is common in exchange-traded products but is new to bonds.

“Fixed income has historically, as Mary Jo White points out, been a good old boys club where transparency has been an issue,” Bill Gartland, senior director of evaluated pricing at Interactive Data Corp. “The fragmentation of that marketplace, the way that prices get created by the dealers and distributed to buy-side clients, has been not an even playing field for most.”

The disparity of information between regional bond dealers and large institutions makes it difficult to establish the quality of a security’s price because there are no central marketplaces, unlike equities and futures exchanges.

That can be problematic because it could put a firm in violation of best execution obligations, such as Finra’s rule 2121, which requires bond dealers to mark-up or mark-down the transaction from the prevailing market price. The prevailing market price for a debt security is established by referring to the dealer’s “contemporaneous cost as incurred,” in other words, its book value. 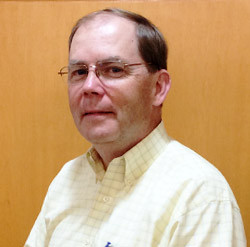 The Finra rule also states that in assessing the prevailing market price, dealers may consider as factors credit quality, interest rates, industry sector, time to maturity, call provisions and any other embedded options, and pricing terms and conventions.

“The rule says that you must use your acquisition cost as the base price for calculating the market,” Gartland said. “Unlike equities, where the things trade very rapidly, the bond that you bought from a client might sit in your book for a couple of days, the market might move in your favor, and unless you have some way to substantiate that move you might be forced to not get the best possible.”

The IDC pricing and reference data division that Gartland is part of of has been focused on providing end-of-day pricing, beginning with ‘40 Act Mutual Funds, but extending beyond that to other assets for mark to market purposes. Several years ago it underwent a significant technology project to help rationalize its backend systems.

“We re-engineered the way that our evaluators received data from the market, which was a batch-oriented, end-of-day pricing process,” Gartland said.

Since originally announcing the expansion of its fixed income pricing services to include
continuous evaluations in 2013, the company has enhanced the technology, pricing processes, models and work flows needed to support continuous evaluated pricing across multiple fixed income asset classes.

“We’ve tried to tackle the problem holistically across the entire spectrum of fixed income, as opposed to some just targeting one asset class,” said Gartland.

Human evaluators now have the ability to focus on exceptions and to verify exceptional moves that they see coming through from the market. There is a fair amount of noise in the data, and it’s not always obvious to distinguish what’s information and what’s random noise.

“If they have their current opinion and they see new information, just like a trader on the street, they may change their opinion and move a spread out or tighten a spread, or move a price on a high-yield bond up or down,” said Gartland.

The ability to stream current opinions of where the market bolsters many enterprise applications, including pre-trade price transparency, price discovery, trade decisions, and post-trade and compliance.

“Our ability to move beyond end-of-day prices to include real-time pricing capabilities will provide us with greater pre-trade transparency support and price discovery across multiple asset classes throughout the trading day,” said Constantinos Antoniades, head of fixed income at Liquidnet, which earlier this year acquired the bond trading platform Vega-Chi, in a statement.

“Continuous” describes better the evaluation process that IDC has created, rather than “real-time.”
“We want to distinguish ourselves from somebody that is producing a sort of black box mathematical model that can spew out prices,” Gartland said. “We think that having human beings involved in the evaluation process at all steps along the way is an important differentiator.”