The new feature incorporates quote data from the MTS BondPro platform as well as historical TRACE reports from FINRA, according to Chris White, CEO of BondCliQ.

The interface maps individual CUSIPs onto an X-Y axis, where the X-axis represents the total number of quotes on the MTS BondPro’s book while the Y-axis the total volume quoted on the book. 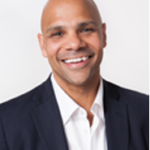 “That creates a plot point for every single bond that is available on their system,” said White. “We combine that plot point with the total trading volume in the bond, which is represented by the size of the pixel, and the color- red, green, or gray- that represents the direction in which the bond is trading based on the transactional activity.”

For the estimated 60 to 80%of CUSIPs that do not trade on given day but have quotes on MTS BondPro’s book, the platform displays them in black.

“We think that this is a major key to understanding the true dynamics of trading an individual CUSIP,” said White.

That could only help the buy side, added David Parker, head of US sales at MTS.

“The trader knows the liquidity of what they are trading, but the portfolio manager or the portfolio-construction specialist who is trying to come up with new things to trade have a much bigger challenge. They can’t keep it all in their head.”

The firms have spent the past six months developing the capability and soft-launched the offering in October.

BondCliQ envisions adding additional pre-trade datasets from other providers in the future.

In the meantime, BondCliQ also is exploring a deeper relationship with MTS to incorporate its European government bond data onto its platform.

“As more data becomes available, marrying post-trade data to pre-trade data will be the key strategy for unlocking further insight for end users,” said White. “We are waiting to see what happens with the reporting in US government bonds.”

If FINRA ultimately decides to disseminate post-trade US Treasuries data, BondCliQ would need to address that market first, he noted. “For right now it is difficult for us to build momentum around global government bonds because we are dealing primarily with a US customer base whose main interest is in US corporate bonds and US government debt.”