In today’s global economy, an institutional investor can’t be truly top-tier and not work across borders.

Benefits of international investing include portfolio diversification and exposure to a broader swath of growth opportunities. With U.S. stocks comprising about one-third of the world’s market capitalization, a U.S. asset manager who only invests domestically is shut out from two-thirds of the global market.

BMO Global Asset Management has made the leap. A half-decade ago, BMO worked primarily in Canada and the U.S. through its Toronto and Chicago dual headquarters; now the firm has 24 offices in 14 countries, spanning Los Angeles to London and Abu Dhabi to Sydney.

“We wanted to have global capabilities to bring to our regional clients, with the strong belief that a broader global opportunity set will result in stronger risk-adjusted returns, no matter what region they’re in,” said Barry McInerney, co-chief executive of BMO Global Asset Management and CEO of BMO Asset Management U.S. and International.

BMO has increased its assets under management to about $275 billion — from $100 billion three years ago and $40 billion five years ago — via an aggressive acquisition strategy, plus organic growth. Just this May, BMO essentially doubled its AUM with the purchase of London-based F&C Asset Management, giving it multiple European offices and a foothold on the continent.

“We made the conscious decision five years ago that we wanted to be a global investment management firm, and focus on solutions,” McInerney told Markets Media in a May 13 telephone interview. “We also wanted to be on the ground and have on-the-ground investment capabilities globally, as opposed to a fly-in, fly-out approach.”

BMO Global Asset Management is a unit of BMO Financial Group, which was established in 1817 as Bank of Montreal. About half the firm’s assets are managed on behalf of North American clients, split about equally between Canada and the U.S.; there’s also an about-even split between institutional clients (including pension plans, sovereign wealth funds, endowments and foundations) and retail investors. 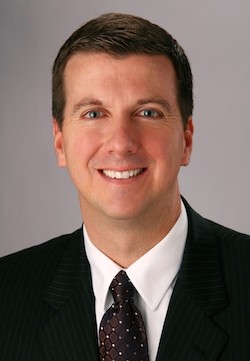 “In terms of approach, we are solutions providers,” McInerney said. “In each of our major regions in the U.S., Canada, Europe and Asia, the platforms take their own regional capabilities, products and strategies, complement them with global asset management products and strategies that are manufactured outside of their home region, and bring them into their respective regions with a solutions mindset.”

McInerney, who is based in Chicago, shares the helm of BMO Global Asset Management with Rajiv Silgardo, whose desk is 520 miles to the northeast in Toronto. Co-CEO arrangements are unusual in corporate America, but McInerney says the power sharing works for BMO.

“Day-to-day, Rajiv focuses operationally on Canada and our global ETF business, while my responsibilities are on the U.S. and everything outside North America,” he said. “It’s a bit of ‘divide and conquer’ in terms of the split. It works out well.”

McInerney and Silgardo each joined BMO about five years ago, from Russell Investments and Barclays Global Investors Canada, respectively. “We work very closely together, setting strategy, direction, and prioritization on issues ranging from technology spend to hiring to acquisitions to our overall business blueprint,” McInerney continued. “I don’t think there are any disadvantages, and the one that do exist are far outweighed by the advantages. The arrangement works because we’ve known each other a long time and we respect each other.”

“We view ourselves as an institutionally minded asset-management firm — very proprietary-research driven and with long-term horizons and long-term relationships,” McInerney said. “We have a particular focus on downside risk protection, which is a philosophy that permeates across our platforms and boutiques.”

In the U.S., McInerney said tax-exempt fixed income and fundamental and quantitative equity are areas of particular strength. In Canada, he cited equities, fixed income, and an exchange-traded funds business that oversees $12 billion and is the #2 player in Canada behind BlackRock’s iShares. Across the Atlantic, “F&C brings a strong array of equity and fixed-income capabilities that we intend to leverage outside of and within Europe,” McInerney said.

To be sure, the bottom line of investment management is investment returns, without which there would be nothing to attract and retain clients. McInerney put an industrial spin on it: “It’s important to focus on manufacturing first and have the strong returns, then if you want to you can expand distribution.”

About 80% of BMO’s U.S. assets under management have generated benchmark-beating returns over one-, three-, and five-year periods, net of fees, according to McInerney. The recently acquired F&C shows similar outperformance, McInerney said.

The $1.3 billion BMO Intermediate Tax-Free Fund generated a 5.54% annualized return for the five years ended March 31, and 4.26% for 10 years. Those performance numbers ranked in the top 15% and top 5% of comparable funds, according to Lipper data.

One specific initiative under the umbrella of BMO’s globalization push is to increase its presence in the U.S., the largest and arguably most competitive asset-management market in the world. Many firms have tried to establish themselves against stalwarts such as BlackRock, Vanguard, and Fidelity, but not many firms have succeeded.

BMO’s legacy brands of Harris Bank and M&I had managed money in the U.S. for decades, but BMO Global Asset Management is newcomer with a 2011 born-on date.

BMO is advertising in the U.S., and the firm has doubled the size of its mutual-fund complex to more than 40 over the past two years. The branding initiative “is going well,” McInerney said. “We decided it was best to take on the BMO brand and have global in its name to reflect our business model and value proposition.”

High-level repositioning aside, “spreading the brand has been just client by client, consultant by consultant,” McInerney noted. “It’s an incremental process, built on the foundation of strong investment performance and strong client retention.”

“Being able to cross-sell between North America and Europe will be key.”

That client retention is especially important with F&C, which manages about half of its assets under ‘strategic partner’ arrangements that are essentially long-term contracts that come up for renewal, said Kyle MacDonald, who covers BMO as an analyst for Veritas Investment Research in Toronto. “They’re working hard to try to retain those clients, which are mostly large institutions,” MacDonald said.

The promise of the F&C acquisition lies not in cost synergies but rather in transatlantic cross-selling, i.e. opening up the European market for BMO products, and selling F&C products in Canada and the U.S., MacDonald noted.

“It’s on BMO to integrate the expertise and cross-sell,” he said. “They have had a European presence, but not nearly as large as they have now, so being able to cross-sell between North America and Europe will be key. There is an opportunity for organic growth.”

On the investment front, McInerney outlined BMO’s view on the outlook for global economic growth over the next five years.

One scenario, which BMO assigns a 60% probability, calls for the U.S. economic recovery to continue to outpace that of Europe, and Chinese growth to slow but not ‘hard-land’. This would result in solid equity performance, underpinned more by earnings expansion than cost-cutting, and less attractive fixed-income returns.

A second, more bullish scenario, with a 30% probability, would involve more synchronized and robust global growth, which would boost stocks but hurt bonds. A third, more bearish, scenario would see Chinese growth slow quicker, squeezing emerging markets and touching off recession in Europe, Japan, and possibly in the U.S. “The final scenario has only a 10% probability, but we have to be very cognizant of it,” McInerney said.

Drilling down into market structure, McInerney said the brouhaha surrounding the publication of Michael Lewis’s Flash Boys earlier this year was “a bit of a non-event” for BMO, but the end result may be broadly beneficial. “For the industry, it’s important that proper attention is brought to these procedures and policies, to ensure that things are conducted in the best interests of clients, our investors,” he said.

“Arguably, regulators, at least in the U.S., are still in a period of catch-up. They may have a sense that they were not keeping up during the early and mid-2000s,” McInerney said. “High-frequency trading represents nearly 50% of industry equity trading in the U.S., so it’s difficult to avoid that group, but we don’t engage with them directly. As fiduciaries, we have to ensure best execution, and we feel that we have adopted industry-leading technology and processes, both pre-trade and post-trade, to ensure we’re doing that.”

McInerney said BMO is a long-term investor and as such its trading turnover “is not particularly high,” but the firm’s trading desk works to stay in front of industry trends. BMO was one of the first institutional users of RBC’s Tactical Hybrid Order Router (THOR), which defends trade orders against certain high-frequency trading strategies, and the firm also uses the nascent IEX trading venue to find liquidity for certain equity trades.

Most of BMO’s assets are long-only equity and bonds; use of derivatives is generally limited to certain risk-mitigating and alternative strategies.

Innovation is very important to BMO, according to McInerney, who cited industry research showing that 30% to 40% of assets under management at any given time are in products or strategies that didn’t exist five years prior. “It’s very dynamic in terms of the new opportunities  we pursue for our clients,” he said.

McInerney specified BMO’s London-based frontier-market equities business, which manages about $1 billion, and its Canadian ETF franchise as areas of innovation.

A University of Toronto graduate and CFA charterholder, McInerney spends much of his free time with his family and the rest on charitable endeavors pertaining to education, poverty, health and social justice.

Going forward, McInerney noted that asset management is projected to be the fastest-growing part of the financial industry, and the future is bright. “It’s a very good business if you execute well,” he said. “A variety of models work.”

“You can have consistent revenue streams and not use a lot of capital,” McInerney continued. “It is a business that can be globalized easier than some other industries that are more highly regulated. We also have demographics in our favor, as we have an aging population in developed countries that need to have their investment needs met.”

As for BMO Global Asset Management specifically, McInerney said “our main initiatives are to continue to knit the organization together globally, ensure that we maximize our intellectual capital, capabilities and talent, and link distribution channels.”