Poll any number of global electronic traders and chances are that Latin America, in particular Brazil, is among the top areas they are looking toward for growth. And with good reason, as developments over the past decade have catapulted Brazil to the top of the emerging markets and, in some respects, near par with developed capital markets in North America and Europe.

Buoyed by economic expansion, investors and traders have been in on the action for years, buying and selling stocks, bonds and derivatives via Brazilian exchange BM&F Bovespa. The robust order flow – combined with technological advancements — have caught the eye of U.S.-based trading-venue operators such as Direct Edge and Bats Global Markets, which are seeking a foothold in Latin America’s most populous nation. 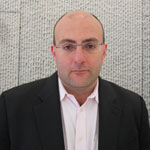 Brazil has a lot of room for volume growth in the exchange space…interest is not only for what is right now but for what the future might bring. Emir Al-Rawi, managing director at IMC Financial Markets

“The investment infrastructure has sufficiently high capacity and sufficiently low friction cost to support new activity,” said Jose Marques, global head of electronic equity trading at Deutsche Bank. “In the last few years we have seen increased connectivity and trading technology from both local and foreign brokers, technological improvements at the exchange and the relaxing of the IOF tax on equity investments.”

Direct Edge plans to launch an electronic equities exchange in Brazil by the end of 2012, while Bats has said it is working with Brazilian asset manager Claritas Investments to build an exchange there. For its part, BM&F Bovespa isn’t as bullish – in late March, chief executive Edemir Pinto told the Wall Street Journal that it will be at least five years until Brazil’s capital markets can support two exchanges.

Brazil generates about 80% of all securities trading in Latin America, according to Best Brazil, a financial-industry trade group. As of year-end 2011, foreign trades comprised almost 40% of Brazilian volume.

“The size and growth opportunities in Brazil make it very attractive for foreign investors,” Anthony Barchetto, head of strategy at Direct Edge, told Markets Media.
The launch of another exchange in Brazil would bring about the nation’s first trading-venue competition in a decade. On balance, competition stands to benefit market participants by encouraging innovation and pressuring prices downward.

“Any type of competition within the exchange space is good for the trading community,” said Emir Al-Rawi, managing director at Chicago-based IMC Financial Markets. “Our belief is that, should Direct Edge succeed in its plans, we would immediately see price compression in terms of the fees that exchanges will charge. Assuming that that is the case, we would also see more interest from the trading community to make a push into trading the Brazilian market.” 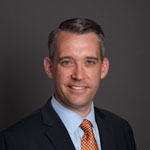 In Brazil, we plan to adapt Direct Edge's high-performance technology, innovative mindset and customer service to the unique needs of the Brazilian market. Anthony Barchetto, head of strategy at Direct Edge

Lower Costs, Higher Liquidity
Said Barchetto, “we expect an increase in trading volumes as the costs associated with trading go down as a result of competition. There will be more liquidity and efficiency for market participants. Technology will tend to improve as well.”

“As an incumbent faces competition they tend to evaluate their competitive advantages,” Barchetto continued. “Bovespa right now is trying to get ahead of the impending competition, and has been investing in their trading platform and reducing their fees. That is good for investors both in and out of Brazil.”

Underpinning the attractiveness of Brazil is GDP growth that has averaged more than 5% annually over a number of years, about double the economic-expansion rates in the U.S. or Europe.

“The big story is domestic growth,” said Flavio Lobato, co-Head of business development for Latin America at Liongate Capital Management. “Traders are not only looking to buy into top-tier companies but also into the high-quality growth story in the domestic market, which you can gain access to.”

Brazil has world-class commodity and agriculture sectors, and its currency has also been a strength. “Brazil has a currency that is stable and has been appreciating over the last several years,” said Lobato. “With Brazil being such a resource-rich country with a high real interest rate, demand for the country will continue to grow.”
Jersey City, New Jersey-based Direct Edge’s planned new exchange will be based in Rio de Janeiro and operated as an independent, local company. It would be the first Rio-based stock exchange since 2002, when BM&F acquired Bolsa de Valores do Rio de Janeiro.

Aside from the macro story, Brazil is also focusing on the granular aspect of trading.

“Brazil is attractive because it is taking a proactive approach with the trading community,” said Al-Rawi. “Brazil is clearly seeking to position itself as the trading hub of Central and South America by embracing the technology and market-making programs which have proven to be effective in other markets and implementing a relatively simple process to access their marketplace. Also, Brazil has a lot of room for volume growth in the exchange space…interest is not only for what is right now but for what the future might bring.”

Direct Edge executives have canvassed Brazil over the past year, gauging the appetite for a new exchange, Barchetto said. Despite some initial skepticism expressed by local broker-dealers and other market participants, the plan is moving forward.

“We spent time sizing up the opportunity from a regulatory standpoint and evaluated the obstacles we had to get beyond,” said Barchetto. “We became an exchange in the U.S. in 2010, and that experience allowed us to expand into Brazil easier. In Brazil we saw an opportunity to provide the investment community with something unique.”

The Comissão de Valores Mobiliários (CVM), Brazil’s equivalent to the U.S. Securities and Exchange Commission, in 2010 green-lighted sponsored access to BM&FBovespa, enabling high-frequency traders and others to access markets via low-latency connections and without pre-trade controls. Algorithms and co-location have also proliferated, drawing more traders and bolstering liquidity.

The Bats announcement was a memorandum of understanding calling for the two parties to “explore opportunities in the Brazilian market.” Bats said it would enter Brazil with its own clearing and depository services, challenging the established vertically integrated BM&FBovespa. Since launching in 2005, Bats has attained 12% market share in U.S. equities trading volume.

Founded in 1998 as Attain ECN, Direct Edge has leveraged low-latency connectivity, innovation and aggressive pricing to reach a market share of about 10%. Direct Edge is owned by a consortium of financial institutions, including International Securities Exchange, Knight Capital, Citadel, Goldman Sachs and JPMorgan.
BM&FBovespa was formed by the May 2008 merger of the São Paulo Stock Exchange (Bovespa) and the Brazilian Mercantile and Futures Exchange (BM&F). As of year-end 2011, the Brazilian exchange operator was the eighth-largest in the world based on aggregate market capitalization of its listed stocks. 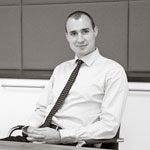 Evolving Regs
Brazilian regulation has been investor-friendly. In December, the Brazilian government scrapped a tax on foreign investors trading local equities and certain other debt instruments. The move brought the Impostos sobre Operações Financeiras (IOF) tax on foreign holders of local equities from 2% to zero, and the tax on corporate bonds with maturities of more than four years from 6% to zero.

A main challenge for any new Brazilian exchange will be clearing, the post-trade process that is considered one of the most attractive and profitable parts of the exchange business model. BM&F Bovespa CEO Pinto has said he would not give competitors access to the country’s main clearinghouse, the Brazilian Clearing and Depository Corp., Brazil’s central securities depository for equities, corporate bonds and mortgage-backed securities and a subsidiary of the exchange.

This is the type of anti-competitive balance that regulators in Europe have been wary of, and it was a key issue during the review of the NYSE Euronext and Deutsche Borse merger. An exchange that has control of the entire trade process from matching through to settlement could too easily be able to block any competition from establishing a presence.

Pinto has said BM&F Bovespa welcomes competition, but it would not give a leg up to any newcomer.

Market observers note that it’s difficult to set up a clearer in Brazil since all trades are cleared at the final beneficiary level, which identifies each individual investor, rather than the broker level. Brazilian regulators have touted their market’s system of ensuring that the ultimate beneficiaries of all trades are known.

For any new trading platform coming into Brazil, whether Direct Edge or Bats, they would probably need to either bring in a partner for clearing, or else set up their own clearinghouse, a costly and time-consuming proposition.

If the hurdle of clearing can be cleared, a new exchange would still face the challenge of going up against the 800-pound gorilla of BM&F Bovespa. It would be undeniably difficult to persuade a trader to switch from an established, liquid marketplace to a newcomer — as many new trading venues have experienced around the world, whether Chi-X in Europe or Direct Edge in the U.S., it takes time to build market share.

“It will be very tough to compete with Bovespa,” said Lobato. “They have such a dominant role in the Brazilian market. It will be hard for someone to come in and take a bite out of Bovespa’s market share.”

If there is anything that a new exchange entering Brazil can learn from the past, it’s that being the first to bring competition to a market can be a critical building block for success.

“It’s important to be the first to make some noise,” said Richard Perrott, analyst with Berenberg Bank. “The first MTF to launch in Europe after MiFID was Chi-X Europe, and it grew to be by far the biggest platform. An aggressive pricing push to galvanize trader interest can kick-start liquidity.”

Despite the challenging road ahead, Direct Edge can draw on its own recent experience of going up against industry giants NYSE Euronext and Nasdaq, and finding success.

“In the U.S., we compete against exchanges that have been around as long as a couple hundred years,” said Barchetto. “These are exchanges that have more resources than Direct Edge and are larger than us, but we are prospering. In Brazil, we plan to adapt Direct Edge’s high-performance technology, innovative mindset and customer service to the unique needs of the Brazilian market.”