Catherine McGuinness, policy chair at the City of London Corporation, said the draft political declaration covering the relationship after the UK leaves the European Union offers a foundation for an arrangement for financial services.

McGuiness said in a statement there is a long way to go to reach the the finish line, but the draft political declaration is another step forward.

While there is still a way to go until the finish line, today’s draft #PoliticalDeclaration is another step forward. It offers a foundation for a post-Brexit arrangement for financial services. Read more: https://t.co/3qvNcFeIpF

She added. “We support the commitment to close cooperation on regulatory and supervisory matters. It is a positive move which recognises the need for any final deal to reflect the City of London’s unique role in providing services to households and businesses across Europe.”

Yesterday the UK government released the draft agreement on the withdrawal from the EU, with the joint statement and political declaration outlining the future relationship, as agreed at negotiators’ level. subject to endorsement by leaders of the member states. 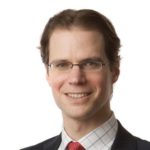 Jonathan Herbst, global head of financial services at law firm Norton Rose Fulbright, agreed that draft declaration is a step forward, even although it is not perfect.

“On the plus side, it reconfirms the intention to do the equivalence assessments quickly and in any event by June 2020,” Herbst added in an email. “It is less welcome in that it does not talk about consultation on any withdrawals of these and also includes a prudential carve-out.”

Herbst continued that in the world of the possible, this is as good as could have been hoped for.”However, there is a long way to go and everything will depend on the negotiations,” he said.

Simon Lovegrove, head of financial services knowledge – global at Norton Rose Fulbright, said in a blog that the political declaration considers the future of cooperation in financial services including close regulatory and supervisory cooperation and a focus on combating money laundering, particularly in cryptocurrency markets.

Lovegrove continued that while the declaration is not legally binding, the declaration of political principles is significant in indicating the framework for negotiations.

Rebecca Healey, head of market structure for Liquidnet EMEA, said one of the key risks is the lack of agreement in making the equivalence process more predictable:

This will be the key risk – without certainty, some will assume the worse and paranoia may emerge as the basis for future regulation https://t.co/yxmt28Csq8

In the UK, pending legislation will include a temporary authorisation regime to allow overseas clearing houses and central securities depositories to continue operating in the country after Brexit, provided that certain conditions are met.

The European Union’s Central Securities Depositories Regulation requires a CSD to be authorised in an EU member state or to be recognised by the European Securities and Markets Authority. After Brexit, recognition of non-UK CSDs will become the responsibility of UK authorities to allow them to provide CSD services in the UK.

Emir, the EU regulation covering central clearing, also requires clearing houses from outside the trading bloc to be authorised by the European Commission as having an equivalent regulatory regime to be able to operate in the region.

The EU has also proposed that systematically important clearing houses that clear euro derivatives have to be located in the trading bloc after Brexit. LCH, the clearing house owned by the London Stock Exchange, is the largest global clearer of interest swaps – including swaps in euros. The EU’s proposal has led to concerns that global liquidity for the derivatives market will become fragmented.

J. Christopher Giancarlo, chairman of the Commodity Futures Trading Commission, has also said in a speech that he is worried about US CCPs being subject to overlapping EU regulation and supervision without due deference to CFTC oversight. The EU and the CFTC agreed a common approach to regulation in 2016 to ensure that global liquidity is maintained.

“We spent three years working on that agreement and remain committed to it,”Giancarlo said. “We do not want to renegotiate it.”

The European Securities and Markets Authority issued a statement on managing the risks of a no-deal Brexit in central clearing if the UK leaves without any deal being agreed at the end of March next year.

The regulator said the Esma board of Supervisors supports the continued access to UK CCPs to limit the risk of disruption in central clearing and to avoid negatively impacting EU financial market stability.

“Esma therefore welcomes the communication Preparing for the withdrawal of the United Kingdom from the European Union on 30 March 2019: a Contingency Action Plan, published on 13 November 2018 where the EC stated that it will act, to the extent necessary, to address financial stability risks in the EU arising from the withdrawal of the UK without any agreement,” added the statement. ” In such a scenario the EC has stated that it will adopt a temporary and conditional equivalence decision in order to ensure that there will be no disruption to central clearing.”