BrokerTec Europe, the dealer to dealer trading venue owned by Nex Group, will launch clearing for repos with Deutsche Börse’s Eurex as clients looking for increased choice amid the UK leaving the European Union. 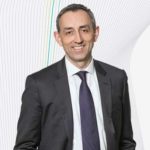 John Edwards, European head of BrokerTec, Nex Markets, told Markets Media: “Eurex Clearing is an established CCP and has been clearing repos for a long time and this provides BrokerTec clients with an extended choice for clearing. The discussions predated our understanding on what the Brexit deal could finally look like but it does give our clients further optionality if volumes were to shift.”

The European Union has proposed that systematically important clearing houses for euro derivatives have to be located in the EU after Brexit. Edwards continued that discussions with Eurex have accelerated in the past four to five weeks to implement the technology and operational aspects in order to target a go-live later this month or in early December.

“Working with Eurex is appealing for our clients as they will have potential offsets and savings on margin and collateral through combining risk in the OTC markets and exchange-traded markets,” added Edwards.

The new offering will allow market participants to consolidate their European repo and corresponding over the counter and listed derivatives business under the single risk framework of Eurex Clearing, reducing capital requirements.

To launch a new #clearing solution for the European #repo market, #EurexClearing has worked with NEX Markets’ BrokerTec Europe. The solution will be live by the end of 2018. Read more: https://t.co/bXnPzUKqWh @nexgrp pic.twitter.com/gfH4liBCEw

Edwards said: “We have 100 clients active on our central limit order book in European repo and we will be proactively reaching out to all these clients on the choice of another CCP. There are also some Eurex clients who are not currently connected to BrokerTec, specifically some German regional banks.” 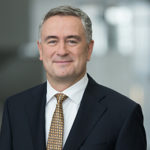 Gregor Pottmeyer, chief financial officer at Deutsche Börse, said on the results call that Eurex clearing has a market share of 10% in OTC clearing and the aim is to grow to 25%.

“We are focussed on buyside clients where there is a higher margin,” Pottmeyer added. “We currently have 150 buyside and we intend to add another 100 in the next six months.”

Edwards continued that clearing has been readily accepted in the repo market as the product is balance sheet intensive and clearing volumes have grown significantly in the last two to three years.

He said BrokerTec, which specializes in EU government bond and repo trading, is agnostic towards central counterparties as clients choose where they wish to clear.

Many banks traded Spanish repo bilaterally and cleared via BME Clearing. The new product allows banks to trade on the BrokerTec platform giving them access to a deeper pool of liquidity and improve efficiency by moving to an electronic market. BrokerTec said that annual daily volume for Spanish repo on its platform had increased by one third in the previous twelve months and the market had become almost entirely centrally cleared, up from 60% in 2013.

“BrokerTec has played a significant role in the evolution of electronic trading in the repo markets over the last 18 years,” added Edwards. “We process approximately 11,000 transactions a day and about €260bn in notional volume, and except 2%, traded on a bilateral or name give-up is centrally cleared and executed anonymously on BrokerTec.”

Edwards said clients will be focussed on Brexit in the first quarter of next year before looking at SFTR, the incoming EU regulation covering securities lending and repos.

SFTR will increase trade reporting requirements and lead to an increase in electronic trading and straight-through processing.

“SFTR is scheduled for implementation in early 2020 and is the equivalent of Emir for the securities lending and repo market,”Edwards added. “We are working on our in-house SFTR solution and will be able to offer a service and reporting requirements to our clients.”