Buy Side Looks Within for Trading Technology

Buy-side institutions are assuming more control over the trading systems they employ, no longer depending on the sell side to supply them with the tools they need. In some cases, as with Marshall Wace, that means building a proprietary trading system from scratch.

“We have very specific requirements and very specific concepts that we like to overlay,” said Nick Nielsen, head of trading at Marshall Wace, which manages $18 billion. “If we do a lot of quantitative research and alpha creation, we need to be able to apply that. For some aspects maybe we don’t want to radio that information to people. In other ways, it’s easy for us to implement back tests in real time or production by using a different code base.”

In order to stay nimble, firms like Marshall Wace require their systems to be adaptable in terms of the kinds of assets and geographies they trade, as well as speed.

“We’re constantly trying to improve ourselves; we’ve been fairly automated for the past six or seven years,” said Nielsen. “I think some other people haven’t been and are maybe trying to do it now. To me, a lot of the best funds out there have been automated for quite some time. And they spend much more time on actual alpha creation within that process, not just trying to remove people and people decision making from the process.” 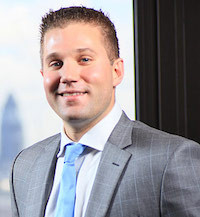 Marshall Wace’s system can support “moving to different kinds of markets that maybe traditionally we haven’t been involved in,” said Nielsen. “That would be one area. Also, there’s quite a bit of focus on short-term alphas than maybe we’ve had in the past.”

Nielsen makes a distinction between “fast” and slow” alpha. “The slower alphas are the easiest to implement and have the most upside,” he said. “The shorter-term [fast] alpha is the hardest to research, has the biggest decay in terms of intellectual property for dissemination to the market. They’re incremental, so once you get some of the stuff done, you keep whittling yourself down the totem pole.”

Latency is relative, not absolute. “All that matters is other players in the market are faster than you, not what the actual speed of the exchange is,” Nielsen said. “If someone else is able to trade much more quickly than you are, they will commoditize those alphas.”

Most buy side firms aren’t able to accurately do quantitative research on sub-second alphas, for example. “It’s meaningless when people talk about fractions of milliseconds when they can’t even study an alpha that’s in the ten second range,” said Nielsen. “Latency tends to be related to how quickly people cancel orders when markets are changing, not from sending orders, particularly sending orders that are passive in nature.”

In some respects, the shift of power to the buy side has already taken place, and is continuing to gather momentum.

“Frankly, the buy-side is as empowered today as they were three or five years ago,” said Diana Avigdor, vice president, portfolio manager and head of trading at Barometer Capital Management, a Toronto-based asset management firm. “It’s the bells and whistles, and a few more algos that kept expanding. The FX market has changed a lot due to the new trading technology available as well. Market structure of course kept changing, and now we are all trying to get our arms around it.”

Avigdor added, “Technology has kept up with making sure we have as much access to everything as the brokers did.” Commission sharing agreement (CMA) platforms made it easy to manage commissions, for example.

“I had my Instinet machine on my desk in 1996, so I guess I was ‘early’ and was able to ‘get in between the spread then, and it was wonderful during the dot-com bubble,” she said. “Today things have gotten more and more sophisticated.”