Opinions about the state of U.S. equity market structure and the value of high-frequency trading diverge widely, yet there are areas of broad consensus on some core issues, such as transparency and fee rebates.

This was apparent earlier this month at a Senate hearing on how to enhance market structure, where some of the busiest U.S. exchange destinations and one of the largest buy-side funds agreed that rebate fees and payments to brokers for orders should face greater regulatory scrutiny.

“It is interesting that the Senate hearing into high-frequency trading should yield a consensus from some of those being grilled,” Dr. John Bates, chief technology officer, intelligent business & big data at Software AG, told Market Media.

Calls are increasing for greater public disclosure and elimination of obscure incentives and fees that some say favor the interests of high-speed traders over other investors.

At the hearing, Citadel CEO Ken Griffin said that retail investors don’t have access to all the information they could or should have, and can only see which destinations are utilized by their brokers, along with basic information about payment for order flow arrangements. 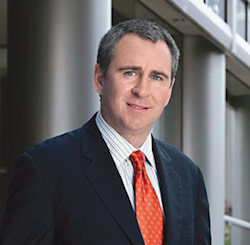 “While retail investors may request more specific information regarding their orders, they have no way to compare the quality of the executions received by competing retail brokers,” Griffin said.

Griffin recommended that the SEC require all execution quality reports to be comprehensive, understandable, accessible in a downloadable format, and published for at least three years. Investors can then track the quality of executions over time, and hold their brokers accountable.

The disclosure of payment for order flow could be enhanced by requiring that precise amounts of remuneration (hundredths of a cent) be disclosed as opposed to the current practice of providing rounded numbers in the reports (typically preceded by the phrase, “less than”), Griffin said.

Regulation NMS and the foundational regulations that preceded it, along with technological advances “have helped unleash an enormous degree of competition among market centers,” said Griffin. “In recent years, however, the costs that each new market center imposes on the market in terms of additional complexity and operational risk have started to outweigh the marginal benefits of a new competing market center.”

IntercontinentalExchange CEO Jeff Sprecher echoed many of Griffin’s recommendations, such as a ban on maker-taker pricing and greater disclosure of routing information to customers of sell-side institutions.

“We should eliminate and ban maker-taker pricing schemes at trading venues,” Sprecher said. “Rebates that were used to encourage participants to quote on regulated, transparent markets add to complexity and the appearance of conflicts of interest.”

He added, “We should require increased transparency in the way that markets operate. The SEC should demand that all trading centers report trade executions in real time, and all routing practices should be disclosed by those trading centers and brokers who touch customer orders.”

Bates said that maker-taker rebates drive trading volumes to those exchanges that pay the best rebates. “This practice cannot give investors’ confidence in the system,” he said.

There are several things exchanges can do to create a level playing field, according to Bates. First, high frequency traders must not be allowed to jump ahead of competitors in an exchange’s order book. Second, trading venues must offer the same order types to all market participants. And finally, rebates for volume should be banned.