Canada Weighs In on HFT

Canada is no stranger to the high-frequency trading debate. HFT has been on the radar of trading venues, traders and regulators for some time now. The issues surrounding HFT have been put in bold relief by the publication of Flash Boys by Michael Lewis.

“It’s focused attention on the techniques that people are using to become better informed in the market place, whether they’re high-frequency or otherwise,” said Richard Carleton, CEO of the Canadian Securities Exchange. “Similar tactics were employed in the days of open outcry systems. This public debate will hopefully result in market participants paying substantially closer attention to how their orders are being handled.”

In North America, a price-time matching algorithm governs a vast majority of the market centers. With that algorithm as the basic matching principle, it means that after price, speed is the determining factor.

“If speed is the determining factor, I don’t see how you can restrict or limit people investing in technology and networking capabilities to reduce the amount of time it takes to move from a decision point to placing an order,” said Carleton. “Without changing that matching engine, it’s hard to see how you’re going to put the genie back in the bottle. With rules like NMS in the U.S. and the Order Protection Rule in Canada, combined with the price-time matching algorithm, you’re going to see a substantial investment in latency reduction.”

Jos Schmitt, CEO of Aequitas Innovations, said that the book will serve to educate investors about a topic that was little known outside the securities industry. 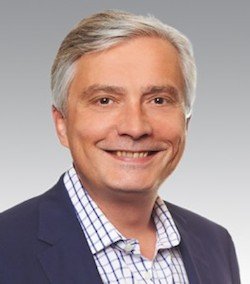 In addition to a lit and dark order book, Aequitas plans to offer a hybrid trading book that displays aggregate liquidity by price level at or within the NBBO, but with not individual resting order information disclosed.

The mechanism to prevent predatory high-frequency trading strategies from taking liquidity in the hybrid book will, rather than restrict access, make these strategies uneconomic through a combination of trading fees and ‘speed bumps.

As Shakespeare wrote, “Nothing is either good or bad, but thinking makes it so.” The same can be applied to HFT.

“It’s been said for a long time that there are basically two kinds of high frequency traders,” said Sean Debotte, president and CEO of Omega Securities. There are good high frequency traders, those that act as intermediaries and electronic liquidity providers that provide a service for the market by closing spreads and allowing for tighter quotes and better price discovery. Those particular high frequency traders are useful and I would argue necessary for the modern capital markets.”

“Then obviously there is the other kind of high frequency trading, which is sort of toxic and detrimental to the capital markets, in the sense that they are there simply to game orders as much as they possibly can,” Debotte said.

HFT has been under the regulatory scrutiny of the Canadian regulators. “They’ve published numerous studies, and they’ve had quite a few reactions to things like the number of orders to trade, our order to trade ratio in Canada, and there’s been some fairly strong regulatory action against that sort of toxic kind of behavior,” Debotte said. “As a result, we’ve seen a drastic reduction in the order to trade ratio in Canada across all venues.”