Cboe Global Markets aims to launch Cboe LIS powered by BIDS Trading in Canada and use this model to extend its equities block trading network beyond the U.S. and Europe.

The exchange group completed its acquisition of MATCHNow, the largest equities alternative trading system in Canada in August last year. The Canadian offering will combine MATCHNow’s conditionals book with block trading capabilities from BIDS and is slated to launch on February 1 2022, subject to regulatory approval.

Bryan Blake, head of Canadian equities at Cboe, told Markets Media: “During highly volatile markets, the use of conditionals was up by nearly 30% as the buy side looked for new sources of unique liquidity. As we have these volatility episodes, conditionals are becoming an increasingly important tool in the buy-side traders’ toolkit.”

Cboe is bringing Large in Scale (LIS) to Canada. Learn more about our plans to launch Cboe LIS in the region and ultimately expand BIDS Trading globally in our latest press release. https://t.co/8wA7qAUEuC. #DefiningMarkets pic.twitter.com/HPaQaQbfkA

In January this year Cboe announced the completion of its acquisition of BIDS Trading, which operates the largest block trading ATS by volume in the US. BIDS Trading operates as an independently managed trading venue separate from Cboe’s US securities exchanges. 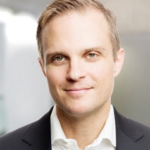 Bryan Harkins, president of BIDS Trading, told Markets Media: “It is exciting for BIDS to take its proven playbook from Europe and deploy that in new asset classes and regions globally and in partnership with other ATSs and exchanges, some of which may not be owned by Cboe. There may be some design nuances for each instance, but BIDS ultimately could provide an LIS type of structure to every marketplace.”

For example, in March this year Cboe announced it had agreed to acquire alternative market operator Chi-X Asia Pacific Holding providing the group with a point of entry into Australia and Japan.

BIDS Trading and Cboe began working together in 2016 with the launch of Cboe LIS in Europe when the exchange group licensed BIDS’s proprietary technology for the pan-European equities block trading platform.

Cboe LIS in Europe accounted for approximately €450m in average daily notional value traded and reported a record market share of 24.1% during the first quarter of this year according to the exchange.

“This combination will create a really great user experience, strong fill rates and enhanced liquidity outcomes for all participants,” he added. 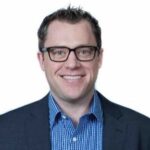 Blake highlighted that BIDS has incredible penetration with the institutional buy-side community as its sponsored access model involves a global network of more than 460 investors. He said this is uniquely in collaboration with the broker community and will not disintermediate them in any way.

“Through Cboe LIS, the buy side will be able to source unique liquidity in Canada,” said Blake. “We may even bring more new participants to the region, which is really exciting.”

For example, there may be some players that are active and involved in the BIDS network, and Cboe LIS will give them a new access point to Canada.

Blake continued that the launch of LIS in Canada is part of MATCHNow’s technology migration to the Cboe platform, which is planned for February next year.

“It will be MATCHNow’s exciting, first product development under the Cboe umbrella and we expect to submit the regulatory filing for this initiative in the coming weeks,” he added.

In both Canada and the US there has been an increase in volumes of retail trading in the equity market. However in Canada retail trading takes place on exchanges while in contrast, this volume is off-exchange in the US.

Blake said: “MATCHNow is very well ingrained in the retail routing tables and is often ranked first. We continue to focus on marketing conditionals to retail trading desks, which handle large orders on behalf of high net worth clients.”

Harkins agreed there is buy-side demand to participate in the retail wave as an additional source of liquidity.

On the most recent episode of @STA_National’s Trading Views podcast, BIDS Trading President Bryan Harkins shared his thoughts about the current market landscape and his vision for BIDS Trading. Listen now at https://t.co/3kXV0htVsj. pic.twitter.com/NafPAJ3hHO

“If our customers want more tools to source that liquidity, then BIDS will look at building them,” Harkins added.

Harkins continued that BIDS is still in the early stages of collaborating with Cboe, but its independence creates flexibility for BIDS to grow and extend into other areas.

“We have a strong buy-side brand and want to be in all the major economies where global buy-side participants want to trade,” he said.