Why compliance officers cannot afford to take their eyes off the SMCR ball
By Juan Diego Martin, COO, Fonetic 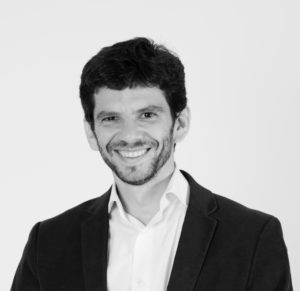 As the last major aspect of the SMCR (Senior Managers and Certification Regime) falls into place in December this year (save for a 12-month transitional period), so attention will inevitably shift to the next looming deadline – especially for the banks who have been subject to it since 2016. But as Ben Stokes will know all too well after his weekend heroics, taking your eye off the ball is a quick route to sore head. And the reality is while the SMCR should be BAU for banks now, concerns remain. There was a 70% rise in FCA lifetime bans in 2018 compared to 2017. At the same time, the number of FCA investigations into individuals is increasing, as is the number of complaints to the Financial Ombudsman Service – suggesting that the consumer’s woes have not entirely been eradicated.

This suggests that many of the firms theoretically subject to SMCR at this stage are still falling short. It also means that we can reasonably expect December’s deadline not to mark a change in regulator focus, but rather a renewed doubling down. This is no longer something only UK senior managers have to worry about. Since the SMCR was announced, the world has started paying attention. Several jurisdictions outside of the UK have used this as an opportunity to examine their own actions, and are starting to realise the importance of holding senior managers accountable for regulatory breaches by anyone under their command.

As a result, we’re seeing ‘copycat’ SMCR regulations spring up globally, from the introduction of regulation BI in the US, to Manager in Charge in Hong Kong and Australia’s Banking Executive Accountability Regime. With such extreme consequences at stake, boardroom executives are at significant risk if they fail to take action. However intimidating this may seem, there are some relatively straightforward steps managers can take to ensure they have nothing to fear when the regulator comes knocking. The key is having the correct systems in place meaning senior managers can trace, monitor and audit their employee’s activities and actions, giving them a means to prove active control and supervision of employees. Managers who keep their eyes on this particular ball can be confident not only of not being knocked out, but also contribute to making the markets a safer and fairer place to operate.