The Commodity Futures Trading Commission is taking action to resolve issues related to the extraterritoriality of regulations related to OTC derivatives, including clearing and execution.

The CFTC may consider a rulemaking next month that will set forth certain standards for, and a process to permit, some types of clearing arrangements through foreign clearinghouses, Wetjen said. 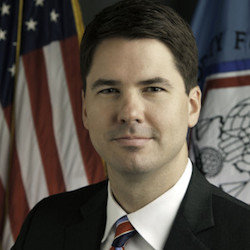 The policy judgments in that proposal were in some respects simplified by the widespread adoption of the Principles for Financial Market Infrastructures and the international dialogue on clearing. The PFMIs appear to reflect a consensus view on certain aspects of clearing regulation, and in general, stand in contrast to the more varied views on swap execution across the globe, he said.

Observers at the FIA conference noted the massive changes in market structure and workflow associated with the switch from bilateral OTC trading to trading on SEFs.

Regarding challenges for SEF operators, Chris Ferreri, head of e-commerce Americas at ICAP, said one is uncertainty among market participants. “There is a significant amount of confusion with the broader customer base,” he said.

“Many of our buy-side customers have not faced regulatory changes in their lifetimes,” said Jodi Burns, head of regulations, post-trade networks, and market intelligence at Thomson Reuters Marketplaces. “It’s a foreign concept for them.”

Unfortunately, the companion trade-execution proposal will not have the benefit of an advanced international dialogue on execution issues, Wetjen said. The proposal must therefore rely on the standards developed under the Commission’s SEF rulemaking and re-affirmed more recently in the MTF letter, which will encourage other jurisdictions to develop principles for pre-trade transparency and impartial access in accord with U.S. standards.

The CFTC has granted conditional relief to registered multilateral trading facilities, following through on the agency’s commitments in the Path Forward statement last year. The CFTC staff’s relief was conditioned on foreign trading platforms meeting not only the regulatory requirements of their home jurisdictions but also fundamental access and pre-trade transparency requirements applicable under U.S. law to swap execution facilities.

In another example of its efforts to harmonize reforms, the CFTC staff last week extended the availability of alternative compliance under the Commission’s inter-affiliate clearing rulemaking in order to incentivize jurisdictions to adopt clearing regulations akin to U.S. law by the end of this year. “It is my hope and belief that a further extension will not be necessary,” Wetjen said.