CME to Take On Might of Eurex and Liffe in Europe

CME Group, the largest U.S. futures exchange operator, has fired the opening shots in a bid to take significant market share from Liffe and Eurex, Europe’s dominant derivatives bourses, as it plans to launch a London-based venue.

The group, which runs Chicago Mercantile Exchange, is applying to U.K regulator the Financial Services Authority to create a derivatives exchange based in London.

The decision by CME Group, which also runs the Chicago Board of Trade and the New York Mercantile Exchange, to set up its European base in London will give further credence to claims by London to be the center of European derivatives trading. Global rivals such as IntercontinentalExchange and Nasdaq OMX have all made London their European derivatives home, while Liffe also operates out of the U.K. capital. Eurex, Europe’s largest derivatives player, is run from Frankfurt. 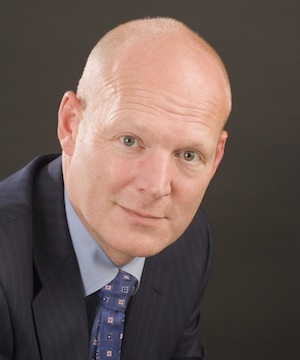 “At a headline level, the move by CME Group looks like a challenge to Liffe and Eurex in Europe but it is more subtle than that,” Steve Grob, director of group strategy at Fidessa, a trading and technology company, told Markets Media.

“We have slowly been seeing exchanges start to compete with the monopolies of Eurex and Liffe and you’ve seen that with [the London Stock Exchange-owned multilateral trading venue] Turquoise listing some Liffe contracts with, to be fair, fairly limited success.

“And then you have Nasdaq’s NLX which has thrown its hat into the ring almost directly to compete with Liffe and Eurex. CME is a bit different as it’s more about setting up a presence here outside the auspices of the CFTC [Commodity Futures Trading Commission] in terms of regulation that’s going to extend their brand which has been very successful in terms of currency futures and build some momentum around its brand here in Europe.”

Grob added: “All these moves are starting to see a different type of workflow for derivatives now that is going to require more equities-like things such as greater use of algos, greater use of analytics and potentially down the line some smart routing and that is something the industry is going to have to think about to gear up and get new technology for the workplace.”

The move by CME, which dominates the U.S. derivatives landscape, comes as European regulators, as well as their counterparts across the globe, look to better monitor the largely unregulated $700 trillion over-the-counter derivatives sector. Following a diktat from the G20 group of nations following the global financial crisis, in which derivatives trades were blamed for the collapse of U.S. investment bank Lehman Brothers in September 2008, regulators want to move large chunks of the OTC derivatives market on to exchange-like venues and through clearing to reduce risk, much like today’s equities landscape.

And exchanges are now looking to claim their slice of this emerging business in global derivatives trading and clearing. However, Grob added that it could be some time yet before CME starts to take on the might of Liffe and Eurex in Europe. He says that the European Market Infrastructure Regulation (Emir), Europe’s answer to policing the OTC derivatives sector, which is set to be introduced from January, will have to be in full motion before CME may make its move.

“Until we start to see some fungibility in clearing following Emir, then that might be the point that CME starts to take on Liffe and Eurex more and more directly,” said Grob. “But it’s a good move by CME.

“Obviously, we will see a lot of lobbying of Brussels by traditional venues whether clearing should or should not be opened up. I think the game for both Eurex and Liffe is to very much reinforce their positions by as much cross-asset trading, margining and selling as they can possibly do. They want to lock people into as much as possible into one part of their brand so they use it to do their other shopping while they are through their doors, so to speak.”

CME, which will initially begin trading foreign exchange futures products, is expected to launch in the middle of 2013.

“We continue to see an increase in business coming from our diverse set of customers in Europe, with more than 20% of our volume now originating from the region,” said Terry Duffy, CME Group executive chairman and president.

“Having an exchange in London that can leverage the central counterparty model of CME Clearing Europe will allow us to align ourselves even more closely with our regional customers in both listed futures and over-the-counter markets, and provide additional opportunities to our expanding non-U.S. customer base.”

Phupinder Gill, CME Group chief executive, added: “Launching with a suite of FX products allows us to leverage our 40 years of experience in FX futures for customers in the region who access the futures market during the London business day, but we also plan to look at expanding into additional asset classes.”

Market participants say that CME had been working on the project for some time but became sidetracked by its unsuccessful bid for the London Metal Exchange, which would have given it a European location to operate from in London.

Regarding the choice of London for CME’s European base, Grob at Fidessa believes that the alternatives of Paris, Brussels or Frankfurt are nowhere near the gold medal standard that the recent Olympics host can provide.

“Quite honestly, if you were an outsider setting up in the financial markets in Europe it wouldn’t take you more than a few seconds to work out that London is very much the center of things in Europe,” said Grob.