The burst of market volatility in mid-October – and the attendant increases in trading volume across multiple asset classes – may signal a breakout of the low-volatility, low-volume market environment that has been in place for most of the past two years.

“When you have low volatility and volatility comes in, you often have a big burst and then it goes away,” said Terry Duffy, executive chairman and president of CME Group. “But you also start to see more activity once you see the burst. So I’m anticipating more activity.”

The CBOE Volatility Index (VIX) spiked from the low teens to about 25 in the middle of last month, amid heightened speculation that the Federal Reserve would tighten monetary policy sooner rather than later. The gauge of stock-market volatility has since slipped back below 13, but some market participants and observers say last month’s burst portends a higher floor going forward, rather than an isolated one-off instance.

“I think ‘one and done’ is a tough one to suggest,” Duffy told Markets Media in a Nov. 5 interview at his Chicago office. “If that were the case, we probably would have seen a fairly precipitous drop in our open interest,” or the number of contracts that have yet to be settled, Duffy said.

“Our open interest actually went up, even though the volume didn’t follow,” Duffy added. Open interest on CME was 104.9 million contracts as of the end of October, up 25% from one year earlier, according to the company. 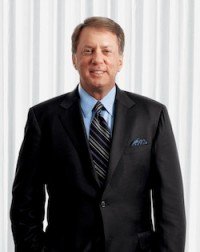 On October 15, a record 39.8 million contracts traded on the CME, 25 million of which were contracts on interest-rate products, Duffy said. Traders and investors are closely watching for when and how the Federal Reserve will raise interest rates; other key themes pertinent for CME customers are increased capital requirements associated with Basel III regulation in Europe, and gaining more clarity on Dodd-Frank as it continues to unfold in the U.S.

At the Futures Industry Association Expo held last week in Chicago, derivatives exchange leaders including Phupinder Gill of CME, Jeff Sprecher of IntercontinentalExchange, Ed Tilly of CBOE, and Andreas Preuss of Eurex spent significant time in their panel discussing equity market structure, a reflection of the ongoing issues in that asset class.

In Duffy’s view, derivatives market structure is considerably sounder. “Whether it be Reg NMS, or dark pools, there is a whole host of market-structure issues that the securities industry needs to undertake, including the consolidated audit trail, which they’ve been battling with for a while.”

When the ‘flash crash’ happened on May 6, 2010, “we had every bit of information on derivatives trading to our regulator within three hours,” Duffy said. “I testified in Washington three weeks after the crash with my counterparts at the securities exchanges, and they hadn’t even begun to find the data on what happened.”

“Market structure in the securities world needs a deep discussion,” Duffy added. “I don’t think participants would disagree with that.”

Regarding the recent announcement that CME would trim its global workforce by 5%, Duffy said the cuts are a manifestation of the organization becoming more efficient in new businesses that were spawned by regulation.

“We hired when everybody else was firing in 2008, 2009 and 2010, because we had to understand how to do risk management better in the new environment and make sure we were completely up to speed in clearing OTC interest rate products,” Duffy said. “These were new businesses. We’ve become very efficient at clearing OTC interest rate and other products, and as difficult as it was, those efficiencies resulted in changes that will help ensure the company’s long-term continued growth.”

Politically, Duffy doesn’t expect the Republicans retaking the U.S. Senate to have any real bearing on Dodd-Frank. He spoke constructively regarding the U.S. Commodity Futures Trading Commission and the new people at the top, including Chairman Timothy Massad.

“The ‘new’ commission is a breath of fresh air,” Duffy said. “I think they are looking at the big picture of what is critically important to the participants in the marketplace, and making sure the U.S. is not at a disadvantage in terms of regulatory arbitrage.”