Cost is not the only barricade for students today to not complete their college education. There is the challenge of achieving a work/life balance, which entails working (possibly full time) while pursuing a degree, and trying to maintain some semblance of a social life.

Starbucks has chimed in to assist in the goal of higher education for their employee partners. Howard Schultz, CEO of the ubiquitous coffeehouse chain, has demonstrated a personal commitment to advancing partners’ contribution to not only themselves but to the community via the Starbucks College Achievement plan. Arizona State University has teamed with the coffee mogul to allow partners to complete their bachelor’s degree from more than 40 undergraduate programs, while providing full tuition reimbursement. Tuition for ASU’s online undergraduate courses is usually about $500 per credit, and it takes 120 credits to earn a bachelor’s degree. 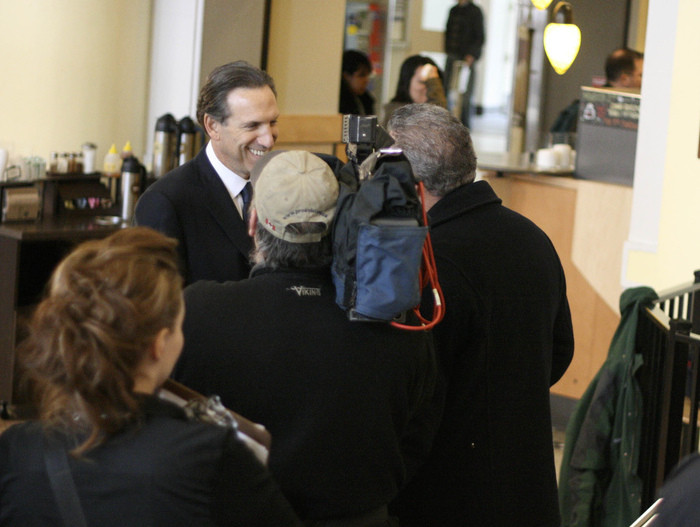 Michael M. Crow, the president of ASU who is something of an evangelist for online education, announced the program in New York on Monday. One of the largest online degree programs in the U.S., with 11,000 students, and some highly regarded programs are offered at ASU. Some employees have stated this could be very beneficial whereby allotting their time spent in going to and from campus would be alleviated with the ability to take courses online and complete their degree. Anyone who has what feels like 36-hour days in 24-hour windows can certainly attest to and appreciate the advantage of online convenience while actually achieving something worthwhile.

“Starbucks is going where no other major corporation has gone,” said Jamie P. Merisotis, president and chief executive of the Lumina Foundation, a group focused on education. “For many of these Starbucks employees, an online university education is the only reasonable way they’re going to get a bachelor’s degree.”

Having been a devout coffee fanatic and loyalist to Starbucks for 20 years (yes, I am that old) and having had both sisters work there part time in their teens and our now the two best baristas in our household, the Starbucks brand is a steady stream of pure deliciousness, both figuratively and literally.

Did I forget to mention that ASU consistently ranks among the top party schools? So, this is a win-win for Starbucks, ASU and of course the brainiacs trying obtain their degrees. A shot of philosophy, physics or political science never hurt anyone.