Coming to Grips With Complex Assets

We’re seeing little let up in the volume of fines imposed on firms that fail to meet regulatory requirements. Earlier this month, Finra, the brokerage industry’s self-funded regulator, reported fines of $37.5 million for the first half of 2015. While this is slightly down on the same period last year, the figure remains the second-highest total since 2008. Analysis suggests the end of this year may well see an increase in activity.

Trade reporting in particular is under the spotlight. Finra has issued fines worth $7.6 million in that area over 6 months. So with all the resources being devoted to compliance, why is this still happening?

Some would say that utilities have a key role to play in helping firms report accurately and efficiently, but I would argue that in many instances, the utilities are adding to the complexity and not delivering on their promise.

The reality is that firms are trading all sorts of different financial instruments that are at different levels of maturity. At one end of the scale are cash-based products, which are well understood, with agreed standards and best practise making them ripe for utility provision. Less well understood, but doing quite well, are exchange-traded derivatives (ETDs). Moving down to over-the-counter (OTC) derivatives, there is a real lack of best practice, and various ways of interpreting and deciding the best approach with little commonality in the way they are treated between organisations.

The utilities are struggling to reconcile these complex instruments well, or in a timely manner and can’t respond quickly enough to requests for changes to accommodate innovative products. If the process has been outsourced often there simply isn’t the knowledge to handle and reconcile these products effectively. In most cases it’s at this stage that firms address the issue by bringing these reconciliations back in house – handling them instead on a spreadsheet in the middle office. 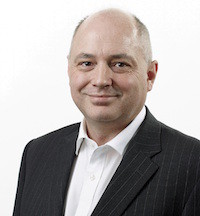 But in some cases the failure isn’t discovered until the organisation receives a fine from the regulator for not reporting their trades correctly. The information the firm published, thinking it was correct, was in fact wrong. The utility has let them down.

You’d think an organisation that has likely spent millions in forming a reconciliations utility, to ensure it has data integrity, would be able to tell a regulator what transactions it had carried out and have absolute certainty that those transactions are correct. But the headlines tell a different story.

The firms that spotted the problem earlier and brought the reconciliations back in-house, onto spreadsheets, may appear to be in a better position, but only in the short-term. Spreadsheets are not a good tool if you want proper audit and control. Regulators want to see robust tools being used, and will penalise firms in the long term for not having adequate control procedures in place.

It’s apparent that organisations are struggling with the complexity of the data, and this becomes significantly more complicated where firms have over-outsourced. But it’s not enough for firms to say the failures weren’t deliberate or reckless and that there was no intended fraud. Firms should know at every point in the lifecycle of a transaction that the data is correct – not just at the trade reporting stage.

The industry has been using a set of tools for a long time that everyone’s familiar with. But when it comes to reconciling complex assets, the tools used for nostro reconciliations are no longer fit for purpose. The quicker the industry faces up to the facts and works together to agree standards and put in place enterprise-level data integrity controls, the better for all. If you don’t use the right tools for the job you’ll get found out in the end.