There appears to be some way to go yet before firms will be ready to cope with the collateral demands asked of them in the new over-the-counter derivatives environment.

With all standardized OTC derivative contracts set to shift to a centralized clearing model some time in 2013, as demanded by the Dodd-Frank Act in the U.S. and Emir in Europe, as well as tough new capital requirements demanded of banks under the new Basel III rules, which kick in from next month, there are real fears that these regulatory measures will curtail market activity still further by absorbing much-needed liquidity.

“Banks will be permanently restrained in the future with much higher levels of capital and lower leverage,” said David Wright, secretary-general of Iosco, an umbrella group of global regulators, in a recent speech in Washington.

“Basel III ramps up bank capital requirements so far by a factor of five or more. Margin requirements for OTC derivative trading, for clearing, for repo haircuts and collateral for central bank loans will absorb further capital.”

This situation is one that the industry is extremely fearful of. According to research firm Tabb Group, there will be an expected $1.6 trillion to $2.0 trillion in collateral shortfalls once the post-Dodd-Frank and post-Emir regulatory environment takes hold due to investors having to post margin on previously private bilateral derivatives trades. 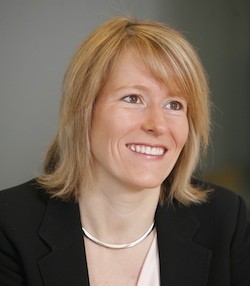 “There is a common view that one of the challenges appears to be a collateral shortfall, based on the regulation coming through for OTC products and capital requirements,” Charlotte Crosswell, chief executive of NLX, a new exchange-traded derivatives platform from transatlantic exchange operator Nasdaq OMX that is set to go live early next year, told Markets Media.

It is all part of the G20 commitments to better regulate the $700 trillion derivatives market by reducing risk and adding transparency. The previously unregulated OTC derivatives sector, which accounts for roughly 95% of all derivatives trades, has been blamed, in some quarters, for the September 2008 collapse of U.S. investment bank Lehman Brothers, a heavy user of derivatives, and also the subsequent global financial crisis.

To add to this, there has been a simultaneous drop-off in the availability of high-quality assets to use as collateral, such as government securities or cash, which is creating a collateral squeeze across the industry.

“Over the next 12 to 18 months, as we move from an off-market, OTC environment into a listed, centrally-cleared one, insurers and other buy-side firms will have a greater need to post margin in the shape of high-quality collateral,” said Kurt Woetzel, head of global collateral services at custody bank BNY Mellon.

“Accordingly, firms will need to optimize the use of their collateral, converting idle assets into eligible collateral.

“They will also need to enhance their operations and better manage risk—be it credit, liquidity or operational risk—across a broad spectrum of markets and products. We are already seeing accelerating demand for solutions around the segregation, optimization and financing of collateral, as institutions look for answers to a broad range of questions that span not only collateral management, but also activities such as securities lending, liquidity management and derivatives servicing.”

Optimizing collateral is becoming a new buzzword in the industry as firms struggle to determine the best way forward for their business as they try to balance regulatory requirements with growth. NLX, for one, which will be based out of London, is hoping that its new platform will be able to benefit from this.

In the exchange-traded derivatives space, NLX is promising to offer similar short-term and long-term interest rate products and euro and sterling-based listed derivatives to those provided by NYSE Euronext’s Liffe and Deutsche Börse’s Eurex venues, which between them currently control over 90% of trading in some European contracts.

But in a bid to break this duopoly, it will differ in its clearing approach by allowing these trades on NLX to clear on just one clearing house—LCH.Clearnet—which, NLX says, will provide post-trade efficiencies through cross-margining savings. Both Eurex and Liffe operate a ‘vertical silo’ approach, so derivatives users buying products at the two venues are forced to clear using two separate clearing houses.

“Market participants are looking for greater margin efficiencies to reduce the collateral burden, which is why NLX is bringing both short- and long-term listed interest rate derivatives on to a single market and clearing them through LCH.Clearnet, using VaR [Value at Risk] based margining,” said Crosswell at NLX.