Theodor Weimer, chief executive of Deutsche Börse Group, said the German exchange operator is confident of reaching its revenue target for clearing over the counter derivatives after signing up buy-side firms in the first half of this year.

An analyst asked whether Deutsche Börse was confident of reaching revenues of €50m ($56m) for OTC derivatives clearing for 2019 after earning €19m in the first half of this year.

Weimer said on the call that revenues for the first six months were 65% higher year-on-year. He added that Eurex’s market share of OTC derivatives clearing has grown to 15% as it cleared €14 trillion in notional.

“We have added new buy-side clients and expect additional revenues in the second half of this year,” said Weimer. “The bulk of increased revenues will be in 2020.”

Buy-side firms have traditionally connected to clearing houses through a clearing broker but increased capital requirements have made the sell side cut their clearing services or made them more expensive. ISA Direct allows fund managers to face Eurex Clearing directly as counterpart for their positions whilst maintaining legal and beneficial ownership of any securities collateral provided.

Jan Grunow, head of operations at Swiss Life Asset Managers, said in a statement: “By being able to directly connect to Eurex Clearing, our concerns about credit risk and the portability of our assets are much better addressed. The ISA Direct model alleviates many of our concerns and helps us to meet the regulatory requirement of central clearing.”

Weimer confirmed on the call that the exchange group was maintaining its 10% return on investment target for mergers and acquisitions. 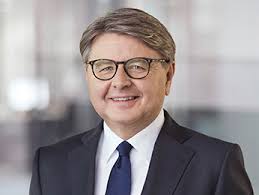 “We will do larger M&A deals to gain scale such as Axioma,” he added. “Other deals will follow.”

In January Deutsche Börse said it was acquiring Axioma for $850m and combining the provider of cloud-based portfolio and risk management software with its STOXX and DAX index businesses to form a new company. The two firms have had an existing partnership since 2011 and have jointly developed products, including factor indices and exchange-traded fund offerings.

The chief executive said the acquisition of Axioma has made excellent progress.

“All necessary approvals for the Axioma transaction have been received with closing expected in the third quarter of this year,” added Weimer.

In April Deutsche Börse confirmed it was in concrete negotiations to acquire some foreign exchange businesses from data provider Refinitiv and Weimar said negotiations are ongoing.

“We need to be diligent and cannot comment further, especially on timing,” continued Weimer.

Chris Turner, analyst at German financial services group Berenberg, said in a report that although the first half of the year was reasonably solid for Deutsche Börse, lower US interest rates and fourth quarter volume comparisons suggest the second half will be tougher.

“This makes it an opportune time for Deutsche Börse to supplement earnings growth through inorganic means, and is why the long gestation of an agreement to acquire FXAll is particularly disappointing,” added Turner. “Management remains, optimistic however, arguing the delay is simply a reflection of the operational complexity of the deal.”

The analyst continued that this opacity makes it hard to take a directional view on the shares and Berenberg maintained a Hold rating.