As the debate around interoperability in cash equities clearing rumbles on in Europe, one exchange group that decided earlier this year to postpone joining the growing band of bourses that allow more than one clearer to operate in their arena may soon be forced into reversing that decision.

In March, Nasdaq OMX, the Nordic arm of the transatlantic exchange operator that operates seven Nordic and Baltic exchanges, held off plans to offer a competitive clearing service at its venues, citing regulatory concerns.

Market rivals, though, say there could be other issues at stake. They highlight that Nasdaq OMX holds a 22% stake in one of Europe’s four competitive clearing houses, Netherlands-based pan-European clearer EMCF, which is also the only clearer to operate in Nasdaq OMX’s markets. EMCF’s market share would be threatened if Nasdaq moves to interoperability. 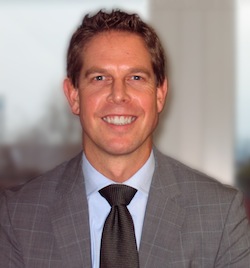 Nasdaq OMX’s regulatory concerns back in March revolved around the European Market Infrastructure Regulation (Emir), which has since passed into European Union law despite much political wrangling and now only awaits publication on September 30 of its draft technical standards, which are currently being written up by the European Securities and Markets Authority (Esma), the pan-European regulator, before Emir is likely to go live from around the middle of 2013.

“Emir has been put in place by the European parliament,” said Kindler. “Yes, there are still the technical standards and some other supporting elements that are a work in progress but it is becoming clear. Nasdaq OMX’s argument is going away and we will see if they allow interoperability, say, in the first or second quarter next year. But they will need to prepare for that relatively soon. Unless they have other arguments which may prevent them going live.”

So far, just over 50% of all cash equities markets in Europe now use some form of competitive clearing model—offering either a choice of two, three or four clearers.

Many of the region’s main national exchanges are still loathe to free up access to other clearing houses, thus losing the lucrative revenues on offer from clearing. Bats Chi-X Europe and Turquoise, the leading pan-European multilateral trading facilities, have led the push for full interoperability.

Of the incumbent exchanges to open up, only the London Stock Exchange and the Swiss Exchange offer any kind of clearing choice so far, with many still owning their own clearing house.

Proponents of interoperability argue that it allows market participants to net and cross-margin trades between venues, thus cutting costs. While the European Commission, through various regulatory proposals, wants to introduce more competition to the region’s clearing landscape.

Emir is thus likely to advocate further competition to clearing in Europe. Although Emir does not quite endorse a fully-competitive clearing model for the region—it is the latest updated Markets in Financial Instruments Directive, or MiFID II, regulatory proposal, which is expected to go live from early 2015 but is still being debated in Brussels, that does appear from the latest filings to promise a fully interoperable model. The incumbent exchanges may just be able to hold out until 2015 before they may have to open up to clearing competition.
Although Nasdaq OMX, which did not respond to email correspondence from Markets Media, said back in March that it wanted to await developments over just Emir before committing either way to a competitive clearing model.

“Nasdaq OMX has strived to pursue a competitive cash clearing model since 2009, when we first announced our intent,” said Hans-Ole Jochumsen, president of Nasdaq OMX Nordic, back in March.

“We are convinced that it will act to drive liquidity and lower investor costs, thus benefiting our clients and the European capital market as a whole. However, there is still uncertainty regarding the detailed requirements for interoperability even though there is a political agreement regarding Emir. There needs to be clarity and a level playing field in this area, before we can introduce interoperability.”

It does seems likely now, though, that the soon-to-be-introduced Emir will add to calls for Nasdaq OMX to offer interoperability.

“Nasdaq OMX has their own commercial interest and reasons to make that decision [to postpone interoperability],” one European-based market participant told Markets Media. “Every institution has their own valid commercial reasons. But firms that account for at least 30% of the trading volume on Nasdaq OMX want to use a central counterparty other than the one that is mandated by Nasdaq OMX.”