The market strikes back.

The equity exchange-traded fund market that is. After the underlying stock market drubbing in February thanks to the new COVID-19 influence, Equity ETFs bounced back attracted a whopping $24.4 billion of inflows during March while Fixed income ETFs posted their first month of outflows since October 2018. These finding come from the latest US-Listed Flash Flows report from State Street Global Advisors. 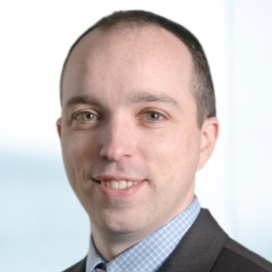 Against the backdrop of highly volatile markets, Matthew Bartolini, Head of SPDR Americas Research at State Street Global Advisors, said the month’s activity was due in part to the fact global markets fell into their first technical bear market in over a decade, as volatility spiked and risk-off behavior, along with policy actions, pushed T-Bill yields negative. Fund flows, he added, represented a broad-based de-risking and the demand for market-hedging vehicles, as only a few categories registered meaningful inflows.

“This volatility is not over, as data has yet to reveal the full extent of COVID-19’s impact on the economy,” Bartolini said. “And even though we have bounced nearly 20% off of the bear market lows  (i.e., almost a bear market rally), since 1926, when the S&P 500 Index has endured a 20% or more rally in a bear market, it has still taken an average of 641 days to fully recover to pre-bear market levels – and the path has not been linear.”

“For fixed income, this broad-based de-risking has led to outflows. This is the first-time bond ETFs have had monthly outflows since October 2018,’ he said. “As for equities, the category is counterintuitively in net inflows. This is a result of investors seeking out liquid, market-hedging vehicles to express directional views. A trend quite noticeable among the most liquid ETFs, where some shares were created and then lent out to investors to go short – expressing a negative directional view.”

In looking further into equity ETFs, Bartolini said US equity funds posted inflows, while non-US focused ETFs had outflows. The inflows into the US funds he explained were predominantly driven by the more liquid ETFs being used for a variety of market purposes – including long-to-lend transactions as well as option-related activity, evidenced by an uptick in ETF-tethered option volumes.

“The outflows were driven by continued selling in the financial sector, a segment that has seen 18 months of outflows in the past 27 months – leading to $21 billion of outflows,” he said. “Other cyclical sectors were also hit hard amid the risk-off sentiment last month as well. The energy inflows were mainly from long-to-lend activity, so not a bullish sign.”

However, offsetting the exodus out of financials, higher-growth technology and communication services, received inflows, as did the defensive health care and consumer staples sectors, for positive reasons, including COVID 19 plays.

“With growth scarce, investors are seeking growth opportunities. Technology and Communication Services firms are likely to benefit from an increase in cloud-based services and remote work capabilities,” Bartolini said. “Meanwhile, Health Care and Consumer Staples firms’ products and services are typically sought after during market downturns and economic recessions, as evidenced by their strong relative market performance.’

Back to Fixed income which shed $19.5 billion in assets during the month. SSGA noted that as a group, fixed income ETFs, have “never” seen a deluge of outflows like this.

“Only two sectors had inflows. And they were on different ends of the risk spectrum,” Bartolini said. “Government ETFs had the most inflows, while high yield was the other segment with inflows. The government flows were somewhat consistent, but predominantly led by short-term exposures, as shown in the maturity sector below.”

High yield flows, he added were a bit more erratic as they spent most of March in the red (outflows) as the fiscal decisions from Washington pushed spreads as much as over 1000 basis points. Investors, looking at those spreads, could no longer ignore such alpha and returned to the sector.

“It appears tactical investors rotated back into the market here, as $3 billion was deposited into high yield, with a slightly lower amount redeemed from government funds in the past five days,” Bartolini concluded.