An extract is below: 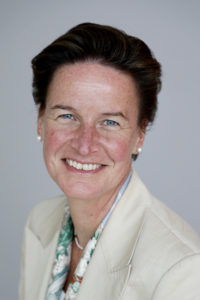 The MiFID II rules also mean that all clients of EU investment firms need to have an LEI. This has become known as the “no-LEI-no-TRADE” rule which prohibits EU firms to act on the instructions of a client who does not have an LEI. This means that the LEI code becomes a precondition for clients wishing to access the EU markets. Again this is important because it is only with this information being available that supervisors can conduct their market surveillance activity effectively.

There was a lot of concern expressed by market participants around the LEI and MiFID II implementation at the end of last year. With MiFID II having been in place for nearly six months, I believe that now is a good time to reflect on how things have gone and assess implementation.

While some market participants were concerned that the requirements introduced by MiFID II would disrupt the markets, this is not what we have observed so far. We hope that this positive European experience will encourage other regulators across the globe to take steps to further mandate the LEI.

The uptake in LEI issuance has been extraordinary, especially ahead of the MiFID II go-live. Overall, the total number of LEI issued globally has doubled from 550,000 LEIs in August 2017 to 1,097,000 LEIs in February 2018. During the three months preceding the introduction of MiFID II, more than 100 000 LEIs were issued by month, while the average number of LEIs issued per month in 2016 was of 5.600 LEIs.