Ursula Marchioni, chief strategist, Europe, Middle East and Africa at BlackRock said assets under management in exchange-traded funds will double both globally and in Europe by 2019.

Speaking on an ETF panel at the Lipper Alpha Expert Forum in London today, Marchioni said BlackRock is very positive on growth prospects in the ETF market.

For the first time ETFs and ETPs reached more than $3 trillion in global assets following 21 consecutive months of positive net inflows, according to consultancy ETFGI’s Global ETF and ETP insights report for October 2015. In Europe assets reached $510bn, just short of a new record. ETFGI said: “We are on track to end the year with record net inflows and assets in the global ETF/ETP industry.”

“In October fixed income ETF flows in Europe were greater than equities for the first time which is testament to the fact they have become the investment choice for fixed income managers,” she continued. 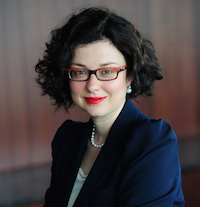 Marchioni said ETFs have become truly competitive against futures as their cost has reduced and growth in Europe will also come from increased retail participation.

Hector McNeil, co-chief executive of WisdomTree Europe, was also on the panel and bullish on ETF growth prospects. He said: “ETFs are 5% of mutual fund assets in Europe. In five to 10 years time we believe that will grow to between 30 and 50%.”

He predicted  that active ETF products will grow, especially in fixed income, and currency hedging products will continue to see massive inflows. “Europe will pass the US on ETF technology for different share classes,” added McNeil.

Matthieu Mouly, European head of sales at Lyxor, said at the Lipper event that reforms under MiFiD II, new regulations covering financial markets in Europe from 2017, will drive ETF use by wealth managers as they look for cheap and transparent solutions. “Wealth managers will be the biggest opportunity followed by smart beta,”he added.

Smart beta and factor ETFs do not track standard market-weighted indexes but follow bespoke indexes which offer outcomes such as low volatility. They are more complex than standard ETFs and their risks need to be clearly explained to investors.

Marchioni said: “Factor investing will be a fantastic opportunity over the next 10 years.”

She added that active and passive strategies will continue to co-exist. Active managers may not want to disclose their portfolios on a daily basis, as in the ETF market, and there are some strategies that do not need the intra-day liquidity provided by ETF listings.

McNeil argued that the infrastructure exists to wrap many more fund strategies into ETFs and those strategies which cannot be accessed through ETFs will become marginalised.

“Mutual fund firms need to either develop their own ETFs or partner with existing issuers,” added McNeil. “The technology of mutual funds is like black and white televisions while ETFs are like LED TVs.”

In Europe in the first ten months of this year BlackRock’s iShares gathered the largest net ETF inflows of $26.6bn, followed by Deutsche Bank’s db x-Trackers  with $9.9bn according to ETFGI. Societe Generale’s Lyxor AM was third with $8.5bn, then UBS ETFs with $7.3bn and Vanguard with $3.8bn in net inflows.