Many market participants in Europe are aghast at plans by the European parliament to introduce a minimum resting time for orders to remain valid on an exchange for at least 500 milliseconds as part of sweeping reforms of the region’s financial markets that were endorsed by MEPs last week.

The parliament’s Economic and Monetary Affairs Committee (Econ) last week voted overwhelmingly in favor updating the Markets in Financial Instruments Directive, otherwise known as MiFID II, and one of the more obvious political statements made by Econ was to introduce this 500 millisecond built-in latency in a bid to make a stand against the rise of high-frequency trading, which is now thought to account for around 40% of all trades on European equity markets. The original MiFID document in 2007 had no provisions in place to monitor high-frequency trading.

High-frequency traders usually remain in the market for a mere blink of an eye but this restriction could significantly alter the way they operate and could also have unintended consequences for the wider market. The HFT community says that the plans by Brussels will result in less liquidity and wider spreads for other market participants, while some in the market believe HFT will likely benefit from the move anyway as they will just pinpoint 499 and 501 milliseconds in the future to generate their profits.

“The support from some for a minimum resting time justifies the old maxim about laws being like sausages, the more you see them in the making the less you respect the result,” Stephen McGoldrick, a market structure expert at Deutsche Bank, Germany’s biggest bank, told Markets Media.

“That support should prevail in face of the unequivocal and near unanimous market opposition, not to mention robust scientific evidence that it not only won’t work but would do harm, can most readily be explained by some parties being more interested in headlines than doing the right thing.”

However, there is some way to go in the political process in Brussels before MiFID II becomes binding. The Econ draft of MiFID II will be voted on by all MEPs, although this is thought to be a mere formality. Then the Council of Ministers—with nations such as the U.K. and others thought to be vehemently against MiFID II in its current format—will table its own version, likely around the end of November, with input from the European Commission before the three institutions of Europe sit round a table and thrash out the final law, in a process called trialogue. Formal implementation is not expected until 2015.

“While we can be fairly confident the minimum resting time is so strongly opposed that it will not make it into law it is to be hoped that mock reluctance to concede the point does not produce a Pyrrhic victory for reason at expense of some other pro-efficiency provision,” said McGoldrick.

Market sources have told Markets Media that the European parliament wanted the 500 millisecond ruling inserted in the final Econ text last week so that it can be used as a bargaining chip later in the process, and may well be discarded for more pressing items.

“[MiFID II] is a broad package which I believe still requires alteration and improvements,” said Kay Swinburne, a U.K. center-right MEP, who is also a member of Econ. “The vote in the Economic and Monetary Affairs Committee, however, paves the way for negotiations with national governments to reach agreement on these important reforms. There is still a great deal of work to do but we now have a text that we can work with.”

However, other controversial rulings to make the final Econ cut, including an obligation for firms to provide liquidity to the market if a firm has a written market making agreement with an exchange, may prove more difficult to budge. It is believed that overwhelming political pressure may well force this market making ruling through, despite claims by the HFT community that it would mean liquidity vanishing almost overnight if it were to be implemented.

While plans to bring in order-to-trade ratios, which a lot of European venues already have in place to some extent, appear to have universal support across both the industry and politicians alike. 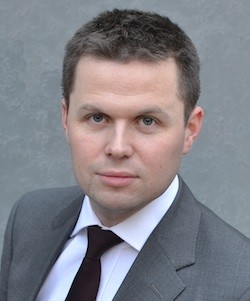 But there are some in the market who believe that the 500 millisecond ruling could actually be of some benefit.

“Having to leave an order (buy or sell) open for 500 milliseconds is one of the first pieces of regulation specifically aimed at HFT, and likely shows a statement of intent from regulators to focus on this extremely pervasive but lightly regulated activity,” said David FitzGerald a management consultant at Baringa Partners, a financial services consultancy.

“Heavy users of HFT should see this as a warning shot, and expect further focus in the future. The 500 millisecond rule will probably see liquidity in the market drop—but this shouldn’t be seen as a bad thing; a large percentage of HFT orders were short-life and not intended to execute—only to test/shift the market. Any loss of liquidity would be a loss of already artificial liquidity.”