Adam Rose, head of financial derivatives at Euronext, said the pan-European exchange has launched more products in the last months than in the previous three years as it expands its derivatives franchise.

During the third quarter results presentation in November Euronext management said: “Our major priority will be to grow our under-exploited derivatives business through new product expansion in listed and over-the-counter equity options and futures, index volatility products and commodity derivatives and exchange-traded funds.”

To play offence, Rose said Euronext has launched more products in the last nine months than in the previous three years to close the product gap with competitors in Europe. “We should have no gaps left after the first quarter,” he added.

Euronext has announced the launch of futures and options for key dairy products – butter, skimmed milk powder and whey powder – this spring. Milk quotas under the EU’s Common Agricultural Policy will expire at the end of next month and could lead to increased volatility. The exchange also expanded its rapeseed derivatives complex last November.

Arie Bakker, trading manager at Theodoor Gillissen, said in a statement: “For a few years we’ve seen an extensive increase of interest in ETFs in general. As a result our clients, used to working with derivatives, were asking for derivatives on ETFs.” 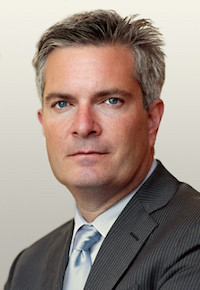 “When entering a market we look at whether a significant market share is held by one of our peers and if banks and our trading members would like to see two healthy competitors,” he added. “In single stock futures and single stock dividend futures we can see ourselves building a strong market share.”

Rose argued that an important difference for Euronext is that retail investors make up 30% of volumes in its options markets in Portugal, Netherlands and Brussels.

“In our defence strategy, we lowered our pricing structure in Amsterdam which has stabilised our market share,” he said.

ABN Amro analysts said in a report after Euronext’s last results that derivatives revenues are under pressure due to competition from Tom, the rival exchange whose owners include ABN Amro, BinckBank, Nasdaq OMX.

The analysts said: “Derivatives traded on the Euronext platform are mainly retail products, such as equity index futures and individual equity options. We estimate Tom’s market share to be around 50%, after ABN Amro in August announced to route its retail derivatives orders via Tom instead of Euronext.”

In a statement today Euronext named Maurice van Tilburg as chief executive of Euronext Amsterdam. He was previously head of business projects and design of the European equity and equity derivatives markets at Euronext. Van Tilburg replaces Cees Vermaas, who stepped down last August.

A major focus for innovation at Euronext are the regulatory changes that are forcing banks to hold more capital against over-the-counter products.

“The environment is riper than ever to bring OTC products into exchanges,” Rose added. “In the first quarter we will enter the interest rate space with LCH.Clearnet but not into swaps, to bring capital efficiencies to the OTC space.”

Last December Euronext said it was launching a service which allows bilaterally agreed equity derivatives with certain flexible parameters to be reported to the exchange and cleared by LCH.Clearnet, Euronext’s central counterparty, via Cinnober’s TRADExpress platform. Clients will be able to use their capital more efficiently by clearing these equity derivatives in the same pool as their existing Euronext positions.

Lee Hodgkinson, head of markets and global sales at Euronext, said in a statement that this initiative will be a springboard for expansion into new derivative products and asset classes.

Euronext has built a multi-asset license for the new service, but will start in equities before moving into other asset classes as soon as possible according to Rose. “This service should save clients between at least 10% and 20% of their costs,” he added.

Rose said the new service should make clearing more attractive to the buyside and attract them as direct clearing members. “It will allow us to incorporate their needs for better managing their portfolios directly into our thinking when designing products,” he said.

In its last results Euronext reported that derivatives trading revenue was €11.3m in the third quarter, an increase of 3% on the same quarter in 2013. The exchange said structural deleveraging and low volatility caused a  a 3% fall in the number of equity derivatives traded but this was offset by a 27% increase in activity in commodities.

After the results analysts at Societe Generale said in a report that the increase in derivatives revenues was an encouraging reversal of many quarters of double-digit year-on-year falls.

More than 144 million derivatives contracts were traded in total last year, in-line with 2013, according to Euronext. Commodity derivatives on Euronext had their most active week ever between December 15 and 19.

Rose said: “Derivatives contributed 11% to the group revenues in the last year. Euronext has publicly announced that it aims to grow at 5% per year and derivatives should grow at a higher rate.”

Last October Euronext received approval from the US Securities and Exchange Commission to offer Dutch and Belgian equity options to certain eligible US investors.

The exchange, with markets in Amsterdam, Brussels, Lisbon, London and Paris, went public last June in a deal led by ABN Amro, JP Morgan and Societe Generale. The firm had terminated its listing in 2007 after being taken over by the New York Stock Exchange and returned to the public markets when it was spun off after the acquisition of NYSE Euronext by ICE, the US derivatives exchange.

Euronext shares were issued at €20 in the IPO and recently traded near €29.