As the U.S. and Europe begin to enact sweeping reforms to better regulate the previously opaque over-the-counter derivatives markets, many market participants are concerned that rules on one side of the Atlantic may well have severe unintended consequences and implications on the other.

With the G20 group of nations’ end-of-year deadline to introduce comprehensive new rules to monitor OTC derivatives markets getting ever closer, derivatives users in Europe and the U.S. are trying to make sense of a series of national or jurisdictional regulatory initiatives intended to prevent another financial catastrophe. U.S. investment bank Lehman Brothers was a big user of derivatives and its demise in September 2008 caused the onset of the current global financial crisis.

However, a one-size-fits-all approach has not been adopted on both sides of the Atlantic as the Dodd-Frank Act has certain measures appropriate for U.S. markets, while the European Market Infrastructure Regulation (Emir), Europe’s regulatory effort, is more specific to the needs of European markets.

The buy side, in particular, is worried about the sheer complexity and overlapping nature of the reforms, which are basically an attempt to regulate a global market either nationally or jurisdictionally. 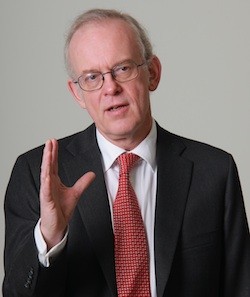 “The G20 framework was created to ensure globally co-ordinated responses to the crisis, but its high-level nature has allowed differences to develop between different jurisdictions,” said Richard Saunders, chief executive of the Investment Management Association, a U.K. buy-side trade body representing around £3.9 trillion funds under management.

“As a result, global asset managers are faced with complex and often contradictory rules depending on the country they are operating in.

“We are seeing a rise in more aggressive extraterritorial regulation which is adding cost and complexity to the industry and breeding protectionism in different jurisdictions. The litmus test for new regulation should be whether it brings real benefits to end investors. Too often this seems not to be applied.

“Regulators and policymakers face a hugely challenging task and we urge regulators to improve co-ordination and dialogue with the industry.”

In the U.S., despite some temporary relief for market users, the Dodd-Frank Act requirements are now beginning to be implemented with swap dealer registration, which was meant to kick in last week, and other requirements now expected by the end of the year. While in Europe, despite Emir entering into law in August, it is thought that the clearing obligation of OTC derivatives will be expected to take effect by the end of this year. Both of these measures will have some degree of extraterritoriality. Meanwhile, the Commodity Futures Trading Commission, the U.S. regulator, has also proposed to issue long-awaited guidance on Dodd-Frank’s extraterritoriality scope.

“In the absence of agreement between the U.S. and EU regulators, extraterritoriality has the potential to cause intractable and irreconcilable conflicts for the derivatives industry,” said a recent note from international law firm Shearman & Sterling to its clients.

In the U.S., the CFTC has still yet to complete guidance for the reach of Dodd-Frank clearing, trading and capital regulations and the temporary relief on swap dealer registration to the end of the year is intended to ease help market users adapt to the huge changes ahead.

While in Europe, various provisions will only take effect once technical standards are adopted by the European Commission. The first batch, including that of clearing, are not expected until the end of 2012. Unlike in the U.S., many aspects of OTC derivatives trading, advice and dealing are already regulated in Europe, so the focus of Emir is mainly on clearing. Other European rules, such as including an exchange trading requirement for standardized OTC derivatives, will be implemented though amendments to the Markets in Financial Instruments Directive, or MiFID II, which is not likely until early 2015.

The note added: “Emir’s provisions seeking to avoid duplicative or conflicting rules and the CFTC’s proposal for ‘substituted compliance’ have been welcomed, but regulators on both sides of the Atlantic still need to take formal steps to avoid market fragmentation.”

The term substituted compliance— which relies on local jurisdictions applying equivalent regulations, instead of extraterritoriality taking hold—is gaining traction with U.S. regulators as they bid to solve this potentially disastrous problem. But the European Commission, along with the U.K.’s Financial Services Authority, among others, have sought clarity on the matter as they believe conflicts could still occur under substituted compliance.

The U.S. and Europe are home to the main derivatives markets with Asia, which is also adopting similar G20-style legislation, accounting for just 8% of global volume. The OTC markets account for approximately 95% of all derivatives trades.

“The CFTC is working to finalize guidance on the cross-border application of Dodd-Frank swaps market reform,” said Gary Gensler, chairman of the CFTC at a seminar at the Bank of England earlier this month.

Gensler added that the CFTC’s route of phased compliance is allowing market participants to “continue co-ordinating on regulation of cross-border swaps activity”.

He added: “And it would allow for appropriate implementation of substituted compliance, or allowing market participants to comply with Dodd-Frank through comparable and comprehensive foreign regulatory requirements. The CFTC has a consistent record of relying on comparable home country regulation where appropriate.”

It appears, though, that there is some way to go before many derivatives users have a clear view of what is supposed to be a more transparent market place.