Regulators in the European Union and Hong Kong have agreed to exchange data on derivatives in their respective trade repositories to improve their ability to monitor risk in the global financial system.

The European Securities and Markets Authority said in a statement yesterday that it has agreed a memorandum of understanding with the Securities and Futures Commission of Hong Kong that will allow the exchange of information on derivative contracts. The agreement allows Esma and SFC to have indirect access to trade repositories established in the European Union and Hong Kong respectively since 19 November 2015.

Esma has similar arrangements with the Australian Securities & Investments Commission and the Reserve Bank of Australia allowing direct access to trade repository data. 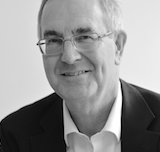 “However, the Esma-SFC memorandum of understanding is the first cooperation arrangement among authorities to establish an indirect access to trade repositories through exchanges of information,” said Esma. “This follows the recommendation of the Financial Stability Board to enter into this type of agreements to overcome legal barriers to accessing data on derivatives trades, for example when direct access by foreign authorities to trade repository data is not currently possible.”

Mark Kelly, director of professional services and senior regulatory affairs expert at independent regulatory reporting firm Abide Financial, said in an email to Markets Media: “This new arrangement is encouraging as it may pave the way to greater co-operation between regulators, while avoiding some of the legal pitfalls which have prevented direct access (because of personal or corporate privacy concerns).  Only by building a network of shared data in this way can the original aims of the G20 group be achieved, with effective monitoring for systemic cross-border risk.”

G20 countries agreed in 2009 that all over-the-counter derivatives should be reported to trade repositories in order to allow regulators to obtain a comprehensive global view of the OTC derivatives market and activity.

This month the FSB said there are still problems with the quality and completeness of the data being reported to trade repositories and the ability to access, use and aggregate this data.

In order to improve reporting the Committee on Payments and Market Infrastructures and the International Organization of Securities Commissions established a joint working group a year ago to harmonise OTC derivatives data such as the Unique Transaction Identifier and Unique Product Identifier. The FSB also said that all jurisdictions should have legal frameworks in place to facilitate data access for both domestic and foreign authorities by no later than June 2018.

“When this guidance is finalised and the appropriate UTI and UPI governance is in place, and once these harmonised data elements are actively used in trade reporting, these measures should significantly improve the quality and usability of TR-held data, which will help support regulators in fulfilling their mandates,” said the FSB.

Ashley Alder, chief executive of the SFC, said in a speech last month to the International Swaps and Derivatives Association that the initial vision of the G20 leaders after the financial crisis was for a set of global, top-down harmonised regulations to prevent future crises.

“We have been told that rulemaking is all but finished, and that we are now in the implementation phase,” added Alder. “Well, as many of those in the world of over-the-counter derivatives know all too well, that is not really the case. As of today, many of these reforms are still very much a work in progress.”

Hong Kong is due to expand trade reporting to cover all OTC derivatives and require a wider range of information to be reported from the middle of next year.

Alder explained that the main struggle for regulators had been the extremely uneven implementation of the G20 reforms across different countries.

“The aspirations of the G20 and the Financial Stability Board for consistent implementation of reforms have been beset with problems,” he added. “The largest current issue is the standoff between the US Commodity Futures Trading Commission and European Union over the recognition of OTC derivatives central counterparties.”

Hong Kong is one of the jurisdictions that has been deemed as equivalent to the European Union for central counterparties this year alongside Australia, Japan and Singapore but this is outstanding for the US.  This is important as under Emir higher capital requirements will be imposed for positions in clearers that have not received equivalence than for those in qualifying CCPs.

This month the European Commission adopted equivalence decisions for the regulatory regimes for CCPs in Canada, Switzerland, South Africa, Mexico and South Korea. The clearers from these jurisdictions can now apply to Esma to obtain EU recognition so they can operate in the region while  remaining subject solely to the regulation and supervision of their home jurisdictions, rather than both.