European and US exchanges experienced a boost in trading volumes this week, with some venues hitting new records, as investors reacted to the market turmoil in China.

Euronext, the pan-European exchange, said in a statement that it had record trading volumes on its markets on Monday 24 August after investors reacted to the Shanghai Composite suffering its biggest fall since 2007.

On Monday Euronext managed more than 550 million orders on its cash markets, exceeding the previous record set in January this year by 22%. There were 4.47 million transactions, 16% more than the previous all-time high set on 9 August 2011. The exchange’s derivatives markets also had their highest volume since Euronext went public in June 2014.

Lee Hodgkinson, head of markets and global sales, said in a statement: “Monday was an exceptional day for trading across all Euronext markets and was our most active day since January 2008. Our trading infrastructure and supervisory teams performed exceptionally well to maintain fair and orderly markets in the face of such intense market activity, underlining the benefits to investors of regulated, transparent and centrally cleared markets.” 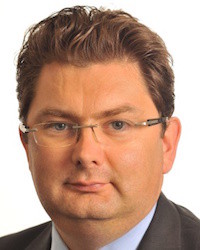 Rival Bats Chi-X also experienced an all-time record on Monday as the exchange handled trades worth €28.3bn. Bats Chi-X said in an email that its European market share on that day was very high at 24.8% including auctions and 27.5% of the continuous session.

Aquis Exchange, the subscription-based European venue which launched in 2013, also hit volume records with €491m traded on Monday and €386m on Tuesday according to an email.

Deutsche Börse said in an email that on the first two days of this week the German exchange operator had its highest daily volumes this year with around 11 million contracts traded each day.

Craig Viani, vice president of the market structure and technology practice at consultancy Greenwich Associates blogged that when the Dow dropped 900 points in May 2010  US markets were not built to move that far or that fast.

“It’s amazing how only five years on from that seminal event, the speed, capacity and robustness of market centers have grown and matured to expertly handle such volume and volatility,” he added. “Let’s hope this is another positive sign of our market structure resiliency.”

However Viani found that some US venues appeared to capture more of the volume surge than others on Monday, showing where orders are routed when the equity market becomes unstable. He said that total US equity market volumes on Monday were up 92%, compared to the average in the month-to-date.

“The clear winners for Tape A flow [volumes executed in New York Stock Exchange-listed securities] were Nasdaq and Bats BZX gaining 1.5% and 1.2% market share, respectfully,” Viani added. “The NYSE also gained 1.2% in their own names, a nice bump but not as big of percentage move as the other two venues.”

Tape B largely represents exchange-traded volumes, most of which are listed on Arca. Viani said: “Tape B was the big winner with volumes on 24 August jumping to 4.1 billion shares as compared to the month-to-date average of 1.6 billion, or a 156% increase.”

Tape C represents the volumes in all Nasdaq-listed securities and volume rose 74% to 3.5 billion shares on Monday compared to 2 billion for the month. Again, Nasdaq and Bats BZX gained a combined 4.8%.

Viani explained there was a flight to certainty as volumes fell in dark pools, which focus on providing anonymity. The likelihood of getting a quote filled in a displayed market is 95% or higher while at most dark pools the equivalent rate is less than 5%.

He said: “The primary listing exchanges and Bats (traditionally priced exchange) BZX picked up the most flow. In highly volatile environments, the need to get completed with immediacy (and presumably at a better price now then later) overrides the incentives of inverted pricing markets for both the provider and remover.”

The falls in volume were not the same across all dark pools, with the smaller venues likely to have suffered the most.

“Of the larger pools, the venues that can secure positioning in brokers routing tables as legitimate sources of liquidity will hold market share versus the ones that lack definable characteristics and show explicit value. IEX has already achieved that status,” said Viani.

On Monday IEX, the venue featured in Michael Lewis’ book Flash Boys, had a market share of 1.4%, in line with their position earlier in the month.

The news is not all bad as dark pools volumes are likely to increase when money managers unload unwanted or put on opportunistic, larger positions.

Viani said: “There will always be a place for block trading platforms to pair natural liquidity, but for the next few days, while portfolio managers rush back from their summer homes, blocks will be taking a vacation.”