This column appears in the November-December issue of Markets Media magazine.

My fantasy football team is lousy.

As of Halloween I was 3-5, good for 10th place in a pretty competitive 12-team league (EDITOR’S NOTE: As of Nov. 20, my team is 3-8 and still in 10th place). And quite candidly, my team is not as good as the record indicates, as one of my wins was very lucky and most of my losses were blowouts. This might be my worst team in more than a decade of playing — essentially I have Jamaal Charles and Cam Newton, and a bunch of bums surrounding them. 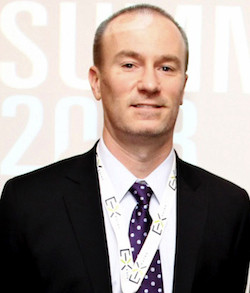 I haven’t been especially hard-hit by injuries, so I can’t say I’ve been unlucky in that regard. No, I can only blame the man in the mirror for my poorly constructed team, which is a function of a bad draft, and waiver-wire pickups who for the most part have provided little or no impact.

But I’d like to extract some positives from this debacle, which got me thinking. Aside from using it to fulfill my bimonthly ~700-word quota for this godforsaken column, could I apply a few lessons of this lost fantasy season to trading and investing?
I’ll give it a try.

I lump these together because each player was a proven veteran, and each pick seemed low-risk and maybe even safe. But Jackson has been hurt for much of the season, and Colston and Nicks have massively underperformed.

There’s certainly a place on a roster for low-upside vets who can be expected to provide steady production, but in retrospect, going to the well on that demographic for three of my first five picks was too much.

Market Corollary: Sometimes low-risk can be high-risk, if the risk is opportunity cost, or missing out on upside. If an equity manager’s goal is to generate top-quartile returns, are large-cap dividend stocks in mature industries the best way to get there? Probably not.

Mistake #2: Being unaggressive on the waiver wire.
As happens every year, a number of players who have emerged as fantasy studs were on the scrap heap earlier in the season — St. Louis RB Zac Stacy and San Diego WR Keenan Allen are just a couple players who ‘coulda’ been big difference-makers for my team. I’ve nabbed a few okay guys off waivers, but mostly as emergency replacements or bye-week fill-ins — I erred in being complacent and expecting that some of my own bench guys would emerge, rather than aggressively going for guys who had already emerged.

Market Corollary: Don’t overestimate your ability to construct an optimal portfolio that will remain a optimal portfolio. If it’s worth trading out of a position, trade out of the position.

Mistake #3: Staying with the Houston Texans defense too long.

I was happy to draft the Houston defense, which going into the season was ranked as a top-4 unit. I figured I’d lock them in and only need a bye-week replacement.

But, it was clear something was wrong right away, as the Texans’ first three opponents scored 28, 24, and 30 points. After a close loss to a tough Seattle team, they gave up 34 and 38 points in blowout losses; only at that point did I cut my own losses and drop the D.

Market Corollary: Know the difference between patience in letting an investment work itself out, and stubbornness to admit that you own a dog.

To be sure, neither I nor anyone else can predict the future — on draft night there was no way to tell that so many of my fantasy players would be abject disappointments. But at the same time, a rational assessment of my roster and subsequent transactions (or lack thereof) probably could have projected that my ceiling was just a so-so team. And as the de facto chief investment officer of my team, I am responsible for that.