“We’ve seen a massive increase in the number of technology startups in the financial space who are trying to reinvent some aspect of financial services via technology,” said Stephane Dubois, chief executive of Xignite, which provides market-data cloud products. “We see a big acceleration in financial technology — a fintech gold rush.”

Dubois estimated that start-up activity so far this year is about four to five times higher compared with 2013. 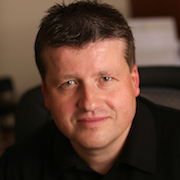 Venture-capital and private-equity firms are funding the wave of fintech innovation, Dubois noted, and the trend arguably has a stronger foundation than did the internet boom of 15 years ago.

“What we’re seeing today is something a little different,” Dubois told Markets Media. “Social technology has matured over many years, and now social has been absorbed as part of finance. It helps to reinvent different aspects of advice, for example, or how investment ideas are discovered and shared.”

“They will tell you that their business is enabled by three things that really didn’t exist ten years ago,” Dubois explained. “One is ETFs, which existed 10 years ago but they weren’t developed. ETFs have enabled firms to implement certain strategies very easily.”

“Second, you have trading APIs (Application Programming Interfaces) which enable the automation of investment decisions. The third thing is market-data APIs, which is what we do. Essentially we enable firms to consume data very easily and reinvent new experiences and new ways to manage money.”

While market volume and volatility have been low, equity valuations have been elevated, supporting venture-capital activity. “There’s also the fact that you have a whole new generation of investors, millennials, who approach technology and finance very differently,” Dubois said. “They really want things automated, global, and focused on technology.”

Large global banks have taken notice of the fintech trend: in recent months Santander announced a $100 million VC fund to invest in fintech start-ups, and HSBC set aside as much as $200 million for investment in early-stage tech companies to help improve its own technology.

“Given the dramatic changes occurring in financial services, driven by new technology, regulations, consumer behaviour, and the need for cost reduction, this global trend is expected to continue for the foreseeable future,” the Accenture report stated.