Fintech Nivaura Aims At US And Asian Expansion

Nivaura, a UK fintech which automates securities issuance, is looking to expand into the US and Asia after closing a $20m (€17.8m) funding round led by the London Stock Exchange Group.

Richard Cohen, general counsel and head of strategy at Nivaura, told Markets Media: “Nivaura automates securities issuance using today’s infrastructure, although it is also future proof as the platform can use blockchain technology. There is an enormous addressable market in today’s capital markets.”

Cohen joined Nivaura this year as general counsel and head of strategy from law firm Allen & Overy. He explained that issuance in debt capital markets is still a manual process despite advances in technology – data is manually input to a number of different systems; documents are marked up manually and syndicate desks have to reconcile lots of spreadsheets. 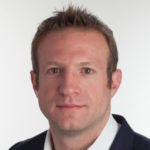 “Nivaura automates these processes step-by-step for issuers, banks and lawyers,” he added. “Data is structured and pushed out to the relevant parties, and can then also be used for settlement and payment.”

As a result deals can be priced much more quickly and the time to settle a medium-term note can be reduced from T+5 or more to T+2.

“Debt capital markets are a key opportunity as deals are commoditised,”said Cohen. “However, Nivaura can also be used for equities, structured products and derivatives.”

Last month Nivaura closed a strategic funding round led by the London Stock Exchange Group which raised $20m in seed and seed extension capital from a number of prominent partners.

“The investment strengthens our existing relationship with Nivaura and underlines the Group’s partnership approach in innovating to support our clients in accessing global investment pools.” – @LSEGplc’s Nikhil Rathi https://t.co/AGe4i2lnHy

David Schwimmer, chief executive of the London Stock Exchange Group, said during the group’s year-end results presentation that it acquired  a 7.3% equity interest in Nivaura for £2m ($2.6m).

Schwimmer said in a statement: “In February 2019, we acquired a small minority stake in Nivaura, a UK-based fintech specialising in developing end-to-end automation and distributed ledger technology solutions for capital raising and administration. The investment represents an attractive strategic fit for LSEG as we work with partners to explore ways to help companies raise capital in a more efficient and streamlined way.”

Cohen said the funds will be used to build out the team.

“There are also opportunities in the US and Asia,” Cohen added. “We will also invest in research and development including the use of artificial intelligence and natural language processing.”

Nivaura was founded in in 2016 and joined JP Morgan’s in-residence program for fintechs the following year. The fintech was in the first cohort to join the UK Financial Conduct Authority’s regulatory sandbox in June 2017. The regulatory sandbox allows new firms to test innovative products, services or business models in a live market environment, while ensuring that appropriate protections are in place. 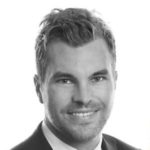 “As an unfunded start up it was not feasible to become fully FCA authorised,” said Youll. “In the sandbox we were able to interact with large institutions in a protected environment with limited permissions. Once the platform was demonstrably successful, the limitations were lifted.”

Nivaura was fully authorised by the FCA in March last year. In July 2018 Nivaura took part in the fourth cohort of the FCA’s sandbox alongside 20|30, a UK company building a blockchain-based platform for corporate equity issuance. 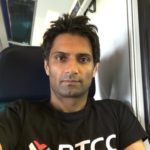 Dr. Avtar Sehra, chief executive and chief product architect at Nivaura, said in a statement at the time: “This project is truly groundbreaking because it will demonstrate for the first time in a live deal that equity in a UK company can be tokenized on a blockchain infrastructure and issued to investors within a fully compliant custody, clearing and settlement system.”

Last year Nivaura also successfully registered, cleared, and settled two Principal Protected Notes (PPN) linked to the FTSE 100. In 2017 Nivaura launched the world’s first automated bond issuance that was denominated in a cryptocurrency and cleared and settled on a public blockchain.

Youll said: “We expect to see Nivaura being used in earnest in capital markets by the end of 2020. Spencer Lake and Nikhil Rathi joining the board adds credibility.”