Keeping the operations team away from the trading desk is becoming a losing proposition for asset managers as the fixed income markets become more electronified.

The fixed-income holdings of open-ended mutual funds and exchange-traded funds doubled from approximately $2 trillion to about $4 trillion, according to Alex Sedgwick, vice president, fixed income market at T. Rowe Price and who participated in a WBR fixed-income webinar sponsored by SimCorp.

The tremendous growth in fixed income assets always comes down to operational issues, according to Sedgwick. 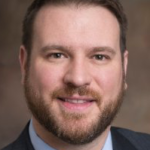 “The question becomes down to how to handle greater throughput through the desk in a more efficient manner,” he said. “Ultimately, you do not want your cost basis to grow linearly with an increase in assets.”

“The introduction of MiFID II in Europe had a significant impact on policy and procedures, which made it critical to partner with our operations team to address the regulation changes,” said Sedgwick.

He assumed that the same happened during the rollout of Dodd-Frank, but Sedgwick moved to his current position four years ago.

The two teams have worked closely to help eliminate as much friction on trading desk as possible.

Sedgewick noted that most fixed income trades that go across the firm’s desk fall into an 80-20 rule where a majority of smaller trades take the same number of clicks to execute as their larger counterparts.

Open architecture is playing a significant role in providing the trading desk a holistic view of risk and positions, according to Sedgwick.

“There are some platforms, and I cannot name names, that allows you to build applications using the same containers, which enable applications to speak with each other easily,” he said. “Sometimes it is the case of 1+1=3.”

Sedgwick also noted that firms should not equate electronification just to execution.

They should think proactively about which parts of the process can be electronified, he said. “How are people interacting with electronic trading platforms? Can the number of clicks to trade be reduced or automated?”