Blockchain – not much has changed in three years. Or has it?

Electronic trading venue tZero expects to answer the question within a couple of months with the planned launch of its blockchain-based trading platform for security tokens, according to company officials during Overstock.com’s recent second-quarter earnings call. 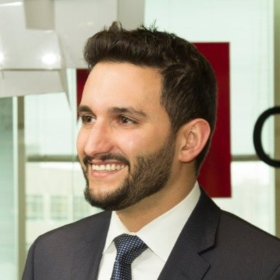 “We’ll be issuing our tokens later in the fourth quarter and have those tradable on an exchange for international or non-US traders in mid- to late fourth-quarter,” said Saum Noursalehi, CEO of tZero, during the call.

The venue’s initial focus will be on illiquid markets like the initial public offerings and private placement market, according to Noursalehi.

“We think there are considerable inroads to be made there in digitizing on the blockchain those offerings and simplifying the compliance and all the fees that go into the process,” added Seth Moore senior vice president strategy at Overstock.com.

Peter Randall, Chief Executive Officer at SETL, a blockchain-based settlement system for the investment funds industry told of his firm’s implementation of blockchain.

“With two production instances of high performance blockchains already deployed and with three more projects at advanced stages of development, SETL quietly delivers what others only talk about,” Randall said.

He explained that his two operational platforms -Iznes.io and Euro Commerical Paper – are already cutting costs, increasing volumes and lowering risks on a fully distributed basis. He added that projects for major asset-managers, issuers and trading platforms are also underway.

In the meantime, the market’s blockchain appetite continues to grow unabated.

North of the border, approximately a third of the 33 new listings on the TMX Venture exchange since the beginning of the year has been blockchain- or crypto-related firms, noted Lou Eccleston, the CEO of the TMX Group, during his firm’s second-quarter earnings call.

The exchange itself is participating in multiple blockchain-related pilots, including projects like Jasper with Payments Canada and the Bank of Canada, but each is still in the learning phases, he added.

It is going to take the Canadian exchange operator awhile before it implements the technology within a new and consolidated clearing platform.

“Our analysis of the space at that time was that the blockchain-based solutions, it seemed for the technology, wasn’t developed to the extent that it’s ready for large volume, large value, high-transaction capacity type systems like what we’re operating,” said John McKenzie, CFO of the TMX Group. “It will be at some point, and our approach is to work with the vendors that we’ve chosen in terms of putting the new systems to work with them on blockchain pilots of the next-generation of their products.”

But what about here in the U.S.?

According to a recent Traders Magazine poll on what is the biggest hurdle facing blockchain technology usage by the U.S. firms polled, 17% of those polled said it was the cost of implementation, while 23% said there were too many systems available. Thirty-three percent of those said they were uncomfortable with the technology while 23% or those answering the poll said the problem with blockchain was that no one lese was using it. Only 3% said blockchain wasn’t applicable to their business.

Sebastian Wurst, a Digital Strategist and former Digital Health Researcher, told Traders Magazine that the three currently most prominent enterprise technologies are AI, blockchain, and IoT, and the driving factor behind them is data. As he put it, “data is the new oil” and new technologies that enable collection, sharing, analysis of data, and automation of decisions based on them in ways that haven’t been possible before in what is essentially a data value chain are the hottest topics.

“Out of the three, blockchain technology is what assembles the pieces and there is a whole ecosystem of data-driven blockchain projects emerging,” Wurst said. “This decentralized ecosystem is set to help incentivize people to contribute data, technical resources, and effort.”

He explained the beauty of blockchain ecosystems is that they allow to tap into otherwise unused resources, trade resources that would not have been tradable, and allow people to participate in a market that otherwise could not participate.

“From an economic perspective, it improves the leverage on existing resources,” he said. and it is still developing.

But time will tell if the U.S. market will accept it as quickly or as thoroughly as its international brethren.

Blockchain is coming to the marketplace and now the financial trading industry is looking at ways to integrate the leading cyber-currency trading technology into their systems.

That’s according to market consultancy Greenwich Associates, who in their recent report, “Bitcoin, the Blockchain and Their Impact on Institutional Capital Markets,” examined the effect of integrating the new technology and how such integration might take place.

To review, the technology that allows Bitcoin to exist and to be transferred safely without an intermediary is called the blockchain. Also known as digital or distributed ledgers, these networks record transaction information, just like their paper ancestors, and ensure that a digital asset cannot be spent twice or used by someone who doesn’t own that asset-all without any central oversight of either the currency or the ledger.

For the Greenwich analysis, the firm interviewed 102 institutional financial professionals to determine the level of awareness and understanding of distributed digital ledger technologies among financial services firms. Interviews were conducted between May and June of 2015.

Here’s what Greenwich found: while actual adoption in the capital markets is still limited, 94% of the financial professionals interviewed in the study believe distributed ledger technology could be applied in institutional markets, with nearly half actively reviewing the technology within their firms.

While the motivations for adoption are varied, there are a few major themes common across the study participants. Settlement, counterparty and custodial risk reduction were all key drivers. From a product perspective, OTC derivatives, private stock, repo, and loan markets were viewed as the most likely asset categories to benefit from distributed ledger technology in the medium term.

“Given the growth in trading volume but still limited infrastructure, the markets for leveraged/syndicated loans and private stock are strong candidates for early adoption of distributed ledger technology,” said Kevin McPartland, head of Greenwich Associates market structure and technology research and co-author of the report.

“In both par loans and CLOs, a month-long settlement cycle is common and often includes the use of a fax machine,” added Dan Connell, head of Greenwich Associates market structure and technology practice and co-author of the report. “For a market so obviously in need of technology, it makes sense to implement improvements with the latest tools and approaches available, like blockchain.”

But more research is coming, the two added, as a number of hotly debated questions remain unanswered regarding capital markets’ adoption of distributed ledger technology.

“Can Bitcoin and the blockchain be separated effectively? Can private blockchains operate without losing the benefit of the public blockchain? Can other technology solve the same problems just as effectively?”