From Royalty-Payment Reconciler, to CFO

It was a career trajectory not so much linear but upwards.

That’s the path Capital Institutional Services’ (CAPIS) Chief Financial Officer Ann Sebert has taken. While spending the last 16 years at the Dallas-based firm, her ascension started there at the bottom as a business analyst assisting the CFO. In a conversation with Traders Magazine editor John D’Antona Jr., Sebert told how she got her start in business and eventually took the CFO job. 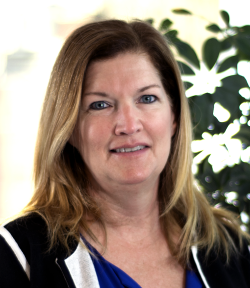 Sebert currently serves as treasurer and chief financial officer and is on the executive committee. Before joining CAPIS, she worked as an accounting manager at the Clearance Center.

“My entry into financial services was somewhat unintentional,” Sebert began. “I worked in oil & gas straight out of college for 6 years and then spent about 8 years at home raising my children.

Oil and gas – at home in Dallas. Sebert was recruited from SMU by ARCO Oil & Gas to work in the Crude Oil Accounting department. She spent the first few years working on reconciliations of royalty payments made to the mineral rights owners.

But due to the cyclical nature of the oil and gas industry, Sebert was ready for a change. She described the sector that when it expanded activities such as prospecting, drilling and hiring expanded. As the market contracted, so did the prospecting, drilling and hiring. Additionally, ARCO was a large enough company that a change in executive management would typically bring about a change in direction and cost cutting.

Was she a victim of the market’s downsizing?

“I’d say I was a beneficiary of downsizing. I tried many times to get my name added to the list, but being a high performer, my management wasn’t inclined to terminate my employment,” she said. “Finally in 1997 after my second child was born, ARCO was closing its offices in Dallas and re-locating to Houston, so I was given the opportunity to take a severance package.”

And she did – leave the energy world for finance. The opportunity at CAPIS offered her great exposure at the C-Level, so she signed on in 2002 and took the chance and worked her way up the organization.

“I will say I have grown to love the excitement of the industry and the constant opportunity to learn and expand my knowledge.”

What has been her philosophy to get ahead or to the top in corporate America?

“I’ve always sought to educate myself through formal classes or by seeking information from colleagues, in order to be better prepared than my competition when projects or promotions came available,” Sebert said. “I am very much an opportunist.”

When she interviewed with CAPIS, she was given the option of two positions – Customer Sales Representative (Sales Assistant) or Executive Assistant for the CFO. Although she initially thought it would be better to be in a more customer-facing/income producing position, I recognized the visibility I would be given in the Executive Assistant position, so that’s the job she accepted.

“Honestly, I thought I’d do the job for a couple of years and then seek the chance to move into Sales,” she recalled. “As the years progressed, I sought every opportunity and was given the latitude to educate myself, so as projects and promotions came available, I was the best candidate.”

And Sebert’s journey wasn’t alone. She told Traders Magazine that her boss, firm president Tim Hall, was instrumental in helping her find the best within herself and leverage it.

“Tim’s a natural leadership and ability to plan long term, coupled with my ability to collaborate with the team to get the plan executed, has made us an unbeatable team,” she said. “Tim has been my biggest mentor and advocate throughout my career at CAPIS. Without his guidance, I wouldn’t be where I am today, nor would I have the confidence that I have gained to take on the challenges ahead.”

And the rest is history.

So, what secrets would Sebert share with today’s younger women that can help them climb the corporate ladder?

“It’s the age old advice – work hard and be persistent. Dress for the job you want, not the job you have, both literally and figuratively,” she said. “It really is that simple.”