While FX swaps and forwards received exemptions from trading and clearing requirements imposed on derivatives in other asset classes, they will still feel the impact of trade reporting requirements, anti-evasion authority, business conduct standards and Basel III capital requirements.

“Regulation has started to enter our market,” said Phil Harris, head of foreign exchange initiatives at Nasdaq OMX. “The equity and futures markets are heavily regulated, but the FX market has policed itself traditionally. With Dodd-Frank, Emir and MiFID coming in, these are affecting both the price formation and execution pieces of our marketplace, as well as the capital that sits behind the system. That is starting to become a problem in certain FX instruments, and moving onto an exchange mechanism margin makes more sense.”

NDFs and FX options did not escape the grasp of trading and clearing requirements and the high margin rates they bring, setting the stage for their users to migrate some of their trading to futures as well. Once these rules set in, trading these products will become more expensive.

Greenwich Associates data shows that the trend away from NDFs has already started. Whereas over half of investment firms used NDFs in 2010, at the end of 2012 only 35% used them, with hedge funds leading the pull back.

“For us, the impact of Dodd-Frank has resulted in a bit more difficulty in execution in NDFs,” said Romael Karam, partner at Harmonic Capital Partners, a London-based hedge fund. 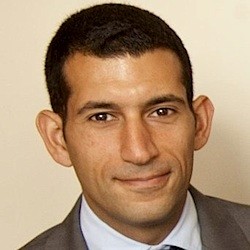 “We have obviously a diverse client base of U.S. clients and non U.S. clients, and that has resulted in not being able to access our liquidity in the usual way,” Karam said. “While single bank trading and voice trading is still accessible, currently we aren’t able to execute over multi-dealer platforms, which was quite a useful way to access liquidity and gain price discovery on NDFs.”

“A big piece of regulation impacting the FX market in the U.S. is Dodd-Frank in terms of trade reporting, clearing and execution on SEFs,” said Stephane Malrait , global head of e-commerce at Societe Generale. “This impacts FX because NDFs are classed as FX derivatives and could be subject to the Dodd-Frank requirements. In Europe, the Emir regulation requires transaction reporting of derivatives as of February 12, 2014.”

That vastly increases the number of swap transactions, and therefore the complexity, associated with reporting to SDRs and CCPs, catching the SEF industry off guard.

“While NDFs are not yet mandated to trade on SEFs, the end result has been that if you are trading over a multi-bank platform, that multi-bank platform has to be registered as a SEF,” said Karam. “Take FXall, for example. They have both a SEF version and non-SEF version, which means that for our U.S. clients, we have to trade over the SEF version. Whereas for our non-U.S. clients, we wouldn’t really want to expose them to the SEF version and the reporting requirements that the SEF has.”

That’s resulted in Harmonic Capital having “to either split the business up and trade multiple clips or not trade over the multi-bank platforms, since NDF’s are less liquid we have a strong preference to trade the full ticket with a single name hence we opt for the latter approach,” Karam said.

Financial users of these products, which drive most of the volume, require less customization than corporate users, making it likely that they will migrate some of their flow to less expensive futures.

“The order of instruments that are affected is different, and timetables are different,” said Harris. “There is still a lot of uncertainty on how these things evolve, but the general trend is that exchange-like mechanisms will see more growth than the typical OTC venues, because of the pressure coming from outside the industry.”