The FX market is characterized by its size, depth of liquidity, and decentralization. The evolving market structure accommodates a larger diversity, from high-frequency traders, using computers to implement trading strategies at the millisecond frequency, to the private individual FX investor.

“The most dynamic characteristic is that the FX marketplace is an over-the-counter (OTC) market where trading is decentralized, continuous and highly liquid,” said Jay Savely, senior vice president at Fidelity Capital Markets. “The greatest change of late is improved transparency through a proliferation of online trading platforms allowing investors to source greater liquidity, pricing and algorithmic trading.”

Trading activity in the foreign exchange market reached an all-time high of $5.3 trillion in April 2013, 35% higher than in 2010, according to the 2013 Triennial Survey by the Bank for International Settlements.

“We continue to see the FX market as serving its users tremendously well, and by that I mean it’s got enormous depth, enormous liquidity and transaction costs are extremely low in terms of the bid ask spreads, which is the only cost that’s relevant,” said James Wood-Collins, CEO of Record Currency Management, which manages $51 billion in client currency exposures. “There are huge amounts of evidence to demonstrate that. We can look at BIS surveys which indicate $5.3 trillion in daily turnover. We look at the spreads at which we can transact.” 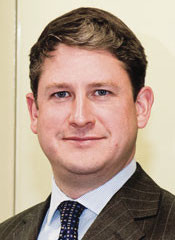 Record Currency Management’s trading team’s objective is to transact at spreads that are well within those implied in current conventional benchmark rates, “so we’re talking low single digit basis point spreads, whether that’s for a spot trade or for rolling forward positions on an annualized basis,” said Wood-Collins.

Today’s market structure involves a more active participation of non-dealer financial institutions in the trading process, according to a report by the BIS. Trading activity remains fragmented, but aggregator platforms allow end users and dealers to connect to a variety of trading venues and counterparties of their choice. With more counterparties connected to each other, search costs have decreased and the velocity of trading has increased.

“The traditional market structure based on dealer-customer relationships has given way to a trading network topology where both banks and non-banks act as liquidity providers,” said Dagfinn Rime, senior advisor at the Central Bank of Norway, in the report. “This is effectively a form of “hot potato” trading, but where dealers are no longer necessarily at the center.”

New and more granular breakdowns introduced in the 2013 Triennial allow a more detailed analysis of these developments. With more detailed information on non-dealer financial institutions, the linkages between their trading motives and FX turnover growth can be better understood.

“The once clear-cut two-tier structure of the market, with separate inter-dealer and customer segments, no longer exists,” said Rime. “At the same time, the number of ways the different market participants can interconnect has increased significantly, suggesting that search costs and trading costs are now considerably reduced.”

This has paved the way for financial customers to become liquidity providers alongside dealers. Hence, financial customers contribute to increased volumes not only through their investment decisions, but also by taking part in a new hot potato trading process, where dealers no longer perform an exclusive role, Rime said.

In today’s market structure, electronic trading dominates, according to the BIS report. It is the preferred trading channel, with a share above 50% for all customer segments and is available for all instruments and investors across the globe. This market-wide presence, together with its slowing expansion, suggests that electronic trading has matured. Spot is the segment with by far the highest fraction of trades conducted electronically, at 64%.

“In a 24 hour a day, five day a week market our trading team can call up any one of at least a dozen counterparties and get two way quotes on lots of major pairs,” said Wood-Collins. “We could pick up either side of that quote, and that would be equally liquid, and equally manageable.”

However, because it is still a bilateral OTC market, the FX market doesn’t have the same full transparency that you get in markets that have central exchange or clearing. “There isn’t a consolidated tape that gives you the best bid and ask in the market every point in time,” said Wood-Collins. “I think it does require a little bit of work to get the best out of it but it is a tremendously deep, liquid, efficient, and cheap market.”