As the foreign exchange landscape transforms from an amorphous, largely phone-based market into one that mirrors other asset classes such as equities and fixed income, including electronic and algorithmic trading, and mandatory clearing of OTC derivatives, the global FX industry has launched a unified trade association with a cross-section of market participants.

The Foreign Exchange Professionals Association (FXPA) aspires to be the voice of the FX industry on a diverse set of issues, including global FX market regulation, execution quality, post-trade reporting, and clearing. 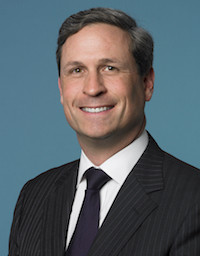 “As we think about the significant changes over the last 18 to 24 months in the foreign exchange market, it’s been increasingly clear that as the market continues to grow and get more complex that there has been an increasing need for a broad, diverse group to represent truly the voice of the industry, the user participants, those that are active across the full range of this market,” Derek Sammann, global head of commodities and options products at CME Group, told Markets Media.

The members of FXPA possess deep industry expertise, not just in FX but other markets as well. “Our goal is to be able to harvest best practices from other exchange industry bodies in which we participated and have learned from,” said Sammann.

“We’ve got buy-side participants, exchanges, clearing houses, service providers,” Sammann said. “It’s critically important that every part of the industry has a voice into what will truly represent what we think has been missing in this market, which is a voice for the industry itself.”

The size of FX trades being handled electronically is growing as buy-side customers become increasingly cognizant of the potential of algorithmic trading. At the same time, regulators are pushing for mandatory clearing of non-deliverable forwards (NDFs), which represent a small but growing segment of the overall FX market.

OTC foreign exchange contracts represented $70.6 trillion in outstanding notional amounts and $2.3 trillion in market value, accounting for 9.9% and 12.2% of the OTC derivative market respectively as of December 2013, according to the Bank of International Settlements.

OTC foreign exchange derivatives are therefore the second largest asset class both in terms of notional amounts and market value, although NDFs only represent a fraction of the global OTC FX derivative market.

Sammann, who has been involved in the FX markets for 25 years in both the cash and OTC sides, has spent the past eight years building CME’s FX business. “Over my career alone, the foreign exchange market has only grown and gotten more complex,” he said.

The U.S. Commodity Futures Trading Commission convened its Global Markets Advisory Committee on October 9, where it announced the members of a new Foreign Exchange Markets Subcommittee to provide advice whether mandatory clearing should be required of NDFs. The European Securities and Markets Committee has issued a consultation on NDFs as well.

The FXPA has submitted a comment letter to ESMA around clearing obligations, as well as issued statements on CFTC’s proposals on NDF clearing and the Financial Stability Board’s benchmark recommendations.

“To issue comments on three important topics in our first four months speaks to our ability to coalesce around key issues,” said Sammann.

“Although central banks have had FX committees, these tend to be fairly narrowly defined. Our differentiating value proposition is here under one single global umbrella, because we have a variety of participants from Asia all the way through to Europe and into the U.S.,” said Sammann. “This is the only body that speaks with a unified voice representing a diverse group of market participants.”