Adrian Patten, co-founder and chairman of Cobalt, said the testing period for the foreign exchange post-trade processing network which uses distributed ledger technology is reaching its conclusion for banks that will be going live at launch this year.

The majority of settlement in the foreign exchange market takes place through the CLS, the bank-owned infrastructure. Cobalt was set up to cut 80% of costs through allowing more efficient management of trades though their life cycle before settlement using a distributed ledger. This technology allows the creation of a single shared record for every foreign exchange trade rather than each firm recording its own ledger on multiple systems. These errors are usually fixed manually and as a result costs can be reduced in areas such as as affirmation matching, credit maintenance and monitoring and aggregation.

Patten told Markets Media by email that Cobalt’s production beta has more than 20 participants and the numbers are growing. 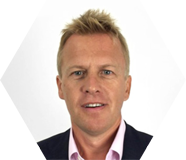 “It is processing over 200,000 trades per day whilst adding new functionality,” added Patten. “Services being tested on the platform include single trade creation, netting, aggregation and posting to a shared ledger.”

Cobalt has developed a range of processes middle and back office that can plug into any distributed ledger technology. Clients can choose how to integrate their own systems with Cobalt, which can then connect to CLS or another settlement system.

“Our beta testing period, which has involved a diverse range of major FX trading institutions, is reaching its conclusion for banks that will be going live at launch in 2018, while other banks continue to join,” said Patten.

Cobalt supports all currencies and will launch its live solution with spot FX, shortly followed by forwards, swaps, non-deliverable forwards and options. Patten continued that Cobalt also has a mixture of buyside clients on the beta system, such as XTX Markets.

This month Cobalt secured a strategic investment from Singapore Exchange which it said will support continued expansion, accelerate technology development and hiring staff.

Michael Syn, head of derivatives at SGX, said in a statement that Cobalt is complementary to the Asian exchange’s growing foreign exchange futures business.

Syn said: “We look forward to seeing Cobalt continue to gain traction in the global post-trade FX market as they pioneer FX technology development, delivering cost and risk mitigation benefits to market participants across the world.”

Patten continued that exchanges around the world are continuing to invest in the plumbing underpinning financial markets, and a next-generation shared infrastructure network like Cobalt is a natural fit for SGX’s portfolio.

“SGX is Asia’s largest, most diverse and fastest growing FX exchange,” said Patten. “SGX’s investment will support us in continuing to expand our footprint into the FX space, as well as further accelerating technology development and build out of the team.”

He added that whilst Cobalt wishes to remain independent, the firm is always vigilant of new partners that can strategically add to its overarching business goals. “At the moment, we are focused on the three main FX regions,” said Patten.

In another use of distributed ledger technology in the foreign exchange market, Spain’s BBVA and BBVA Bancomer announced a pilot of a matching application last October following a successful proof-of-concept.

Todd McDonald, co-founder at R3, said in a statement: “Reconciliation is a major issue for banks when trading FX, with whole departments often dedicated to resolving the issues that occur during the matching process. Corda removes this issue entirely by creating a single, undisputable record of each trade.”